The most beautiful Christmases,  away from American consumerism, have always been those in the mountains... December 2002 has topped them all!

We spent December 23rd and Christmas eve walking around Bolzano, going to different churches and sights.

Below are a few photographs from Capella di San Giovanni [St John's Chapel] in Chiesa dei Domenicani.  Built in the 14th century it contains frescoes of the Giotto school. 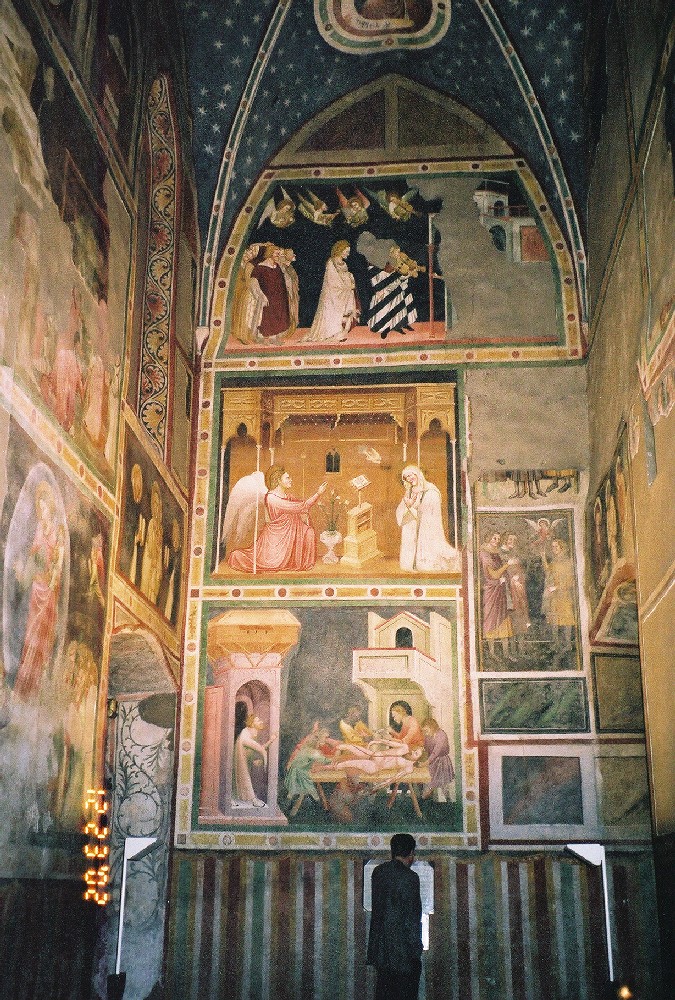 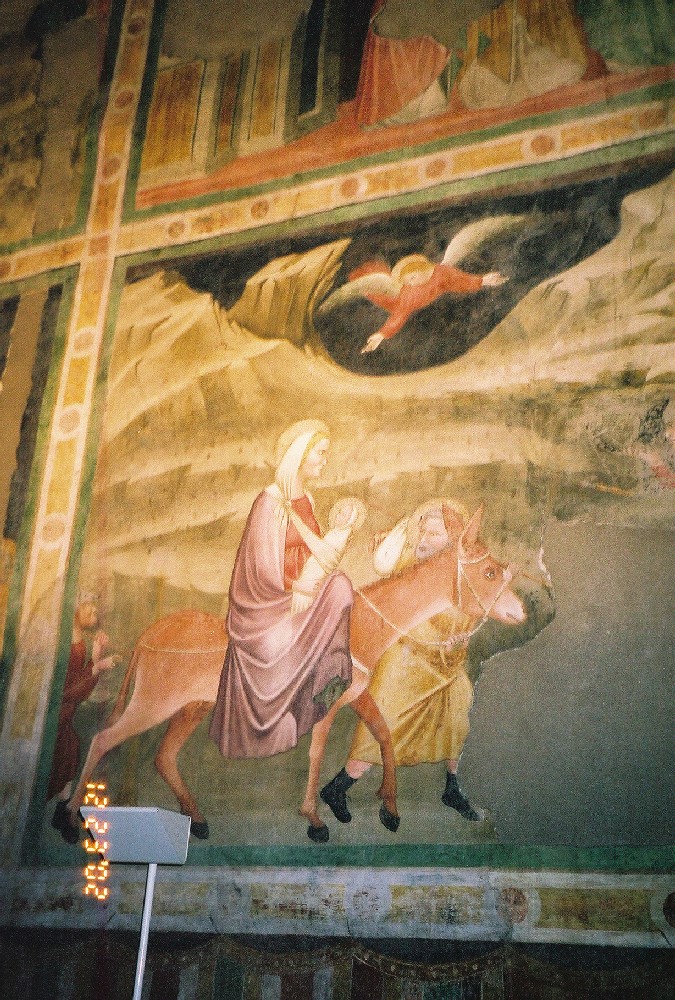 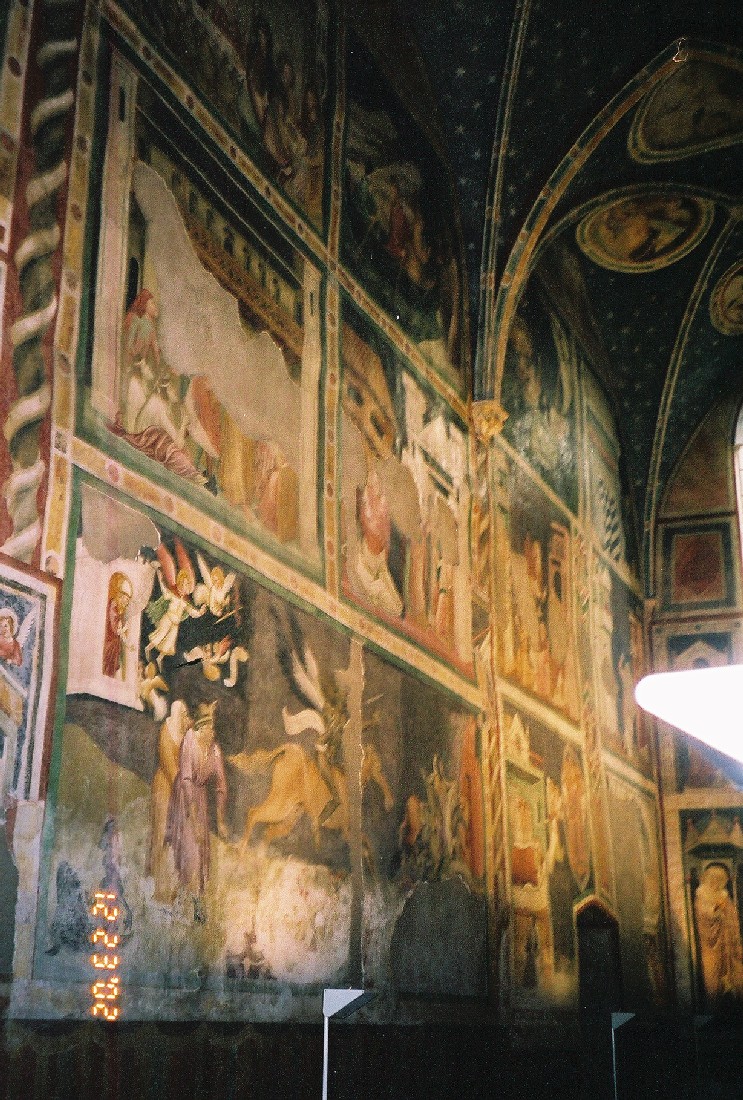 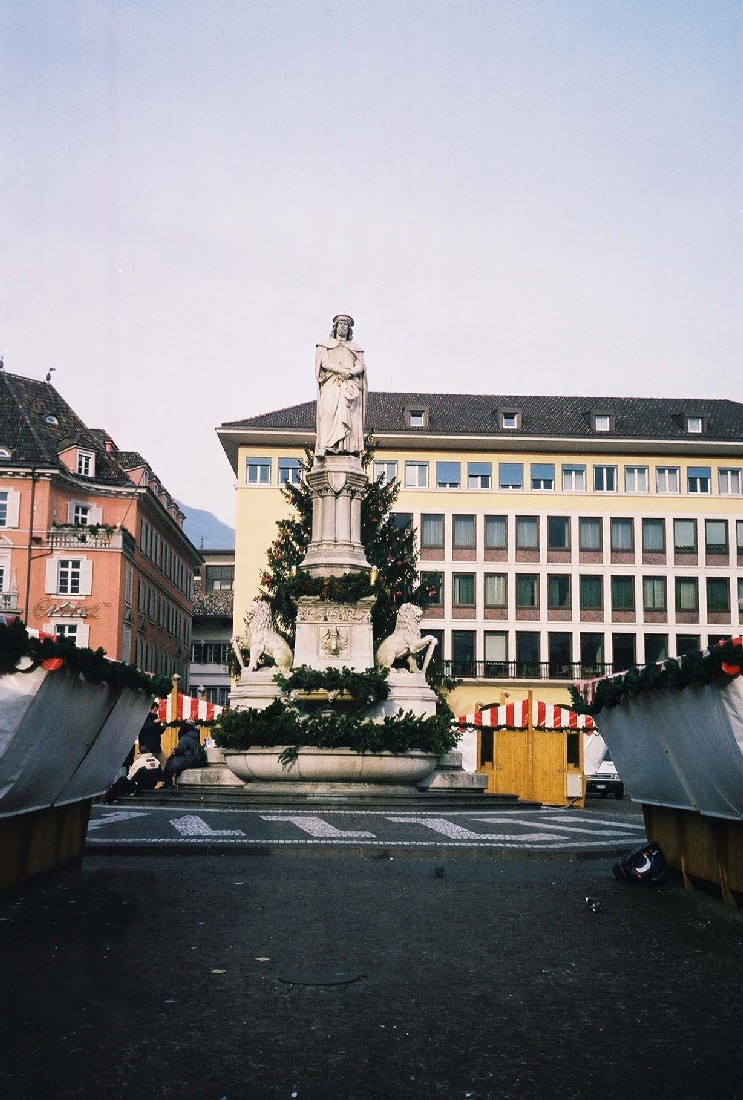 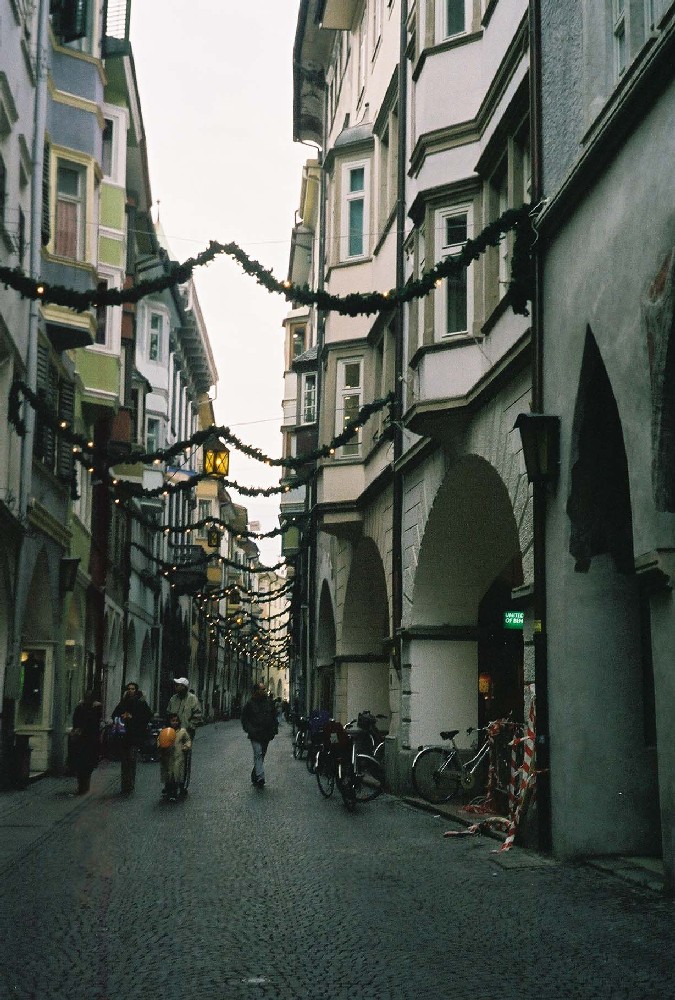 Bolzano/Bozen, 01/2020 We took a day off from skiing Stubaital and drove south to Südtirol/Alto Adige.
We had lunch in town and then drove up to Steinegg. 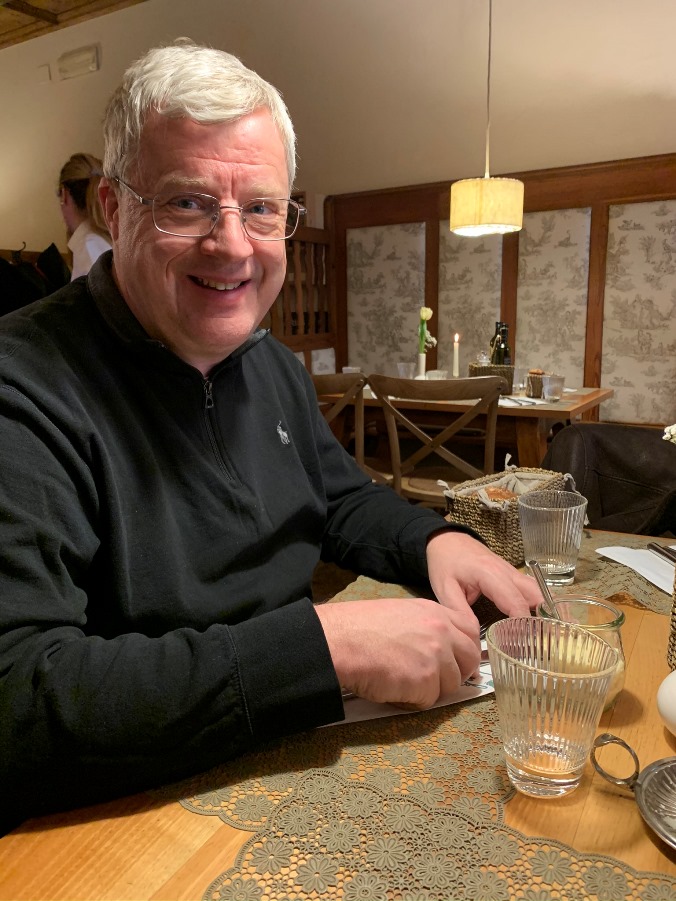 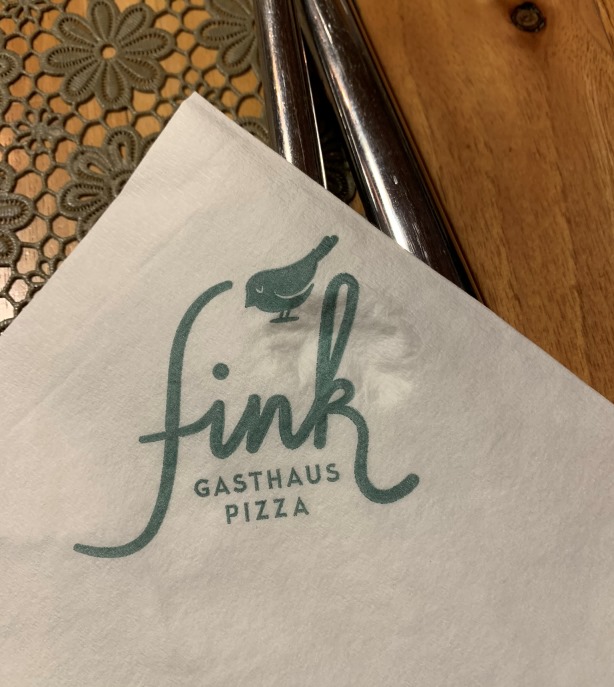 God bless Italy and the Italians!  We love them just the way they are! 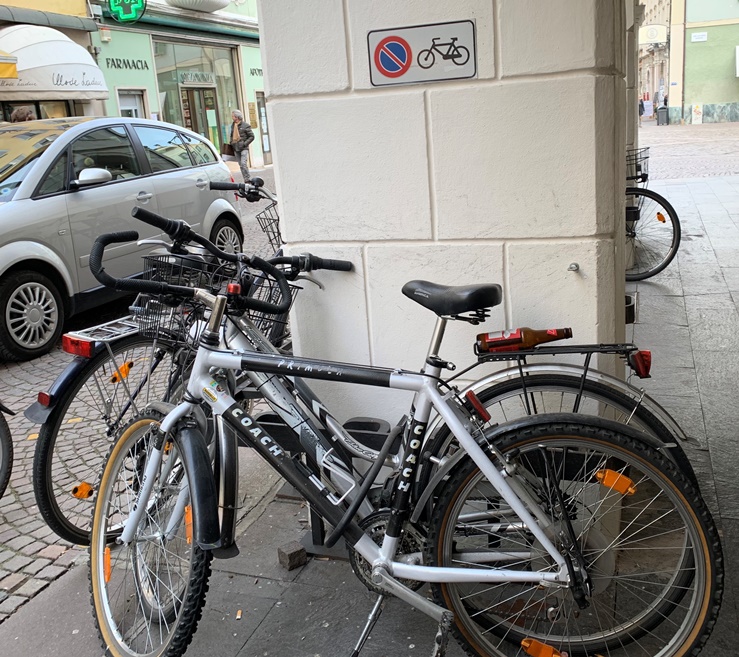 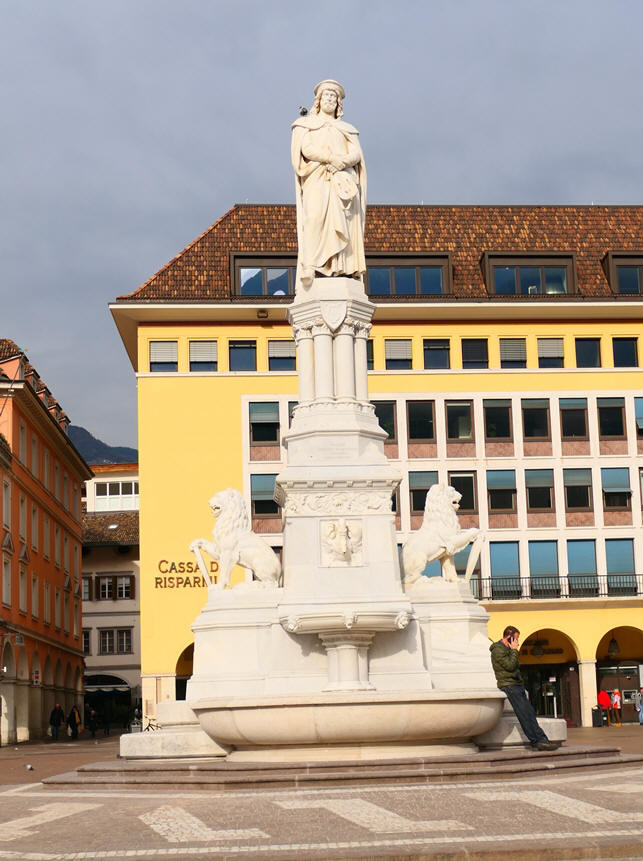 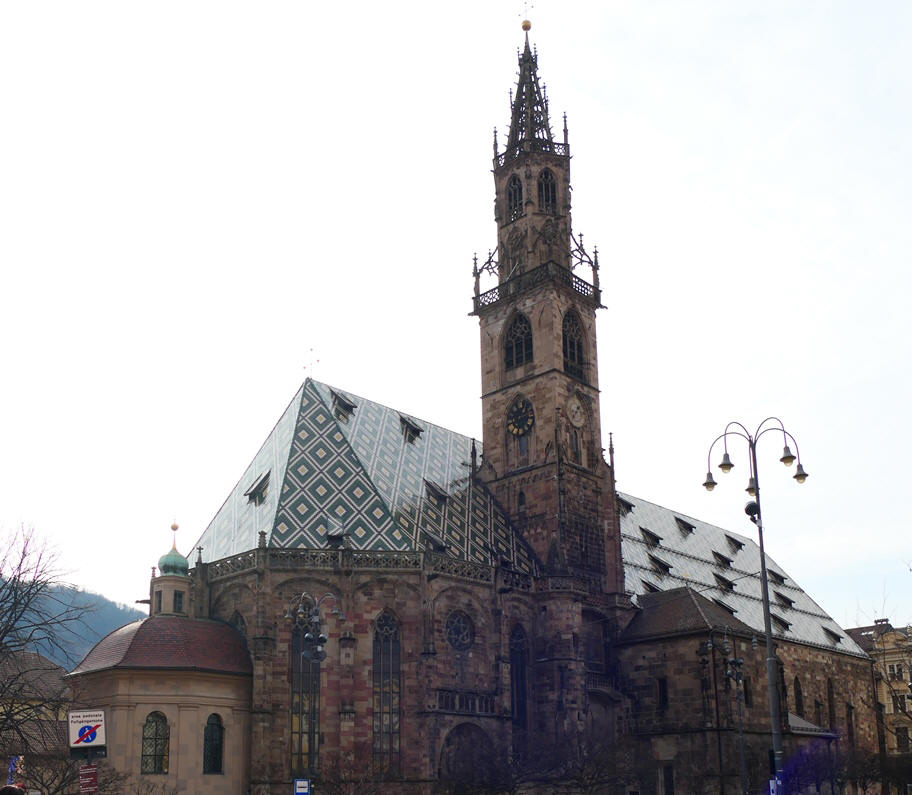 I can never have enough of "Road Jesus'es" 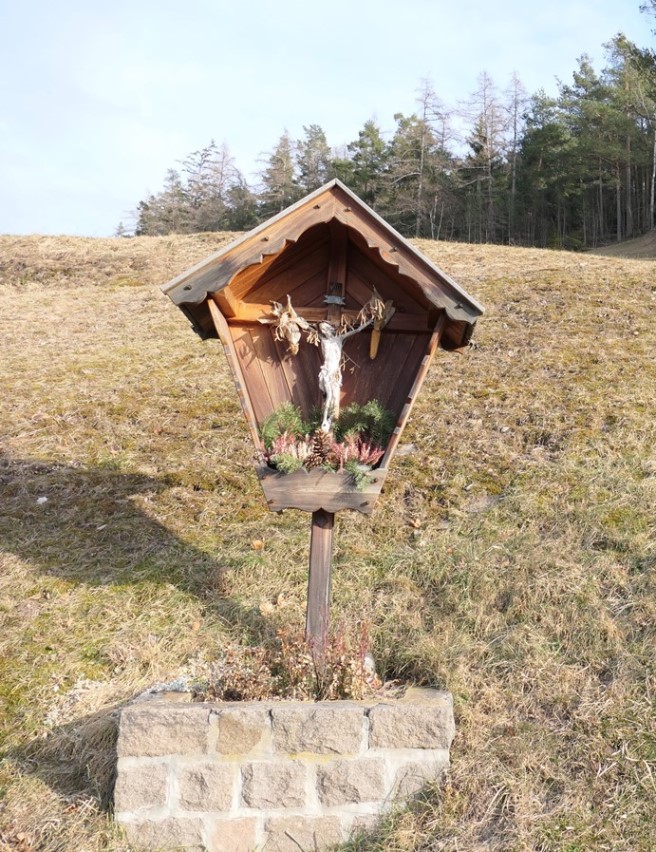 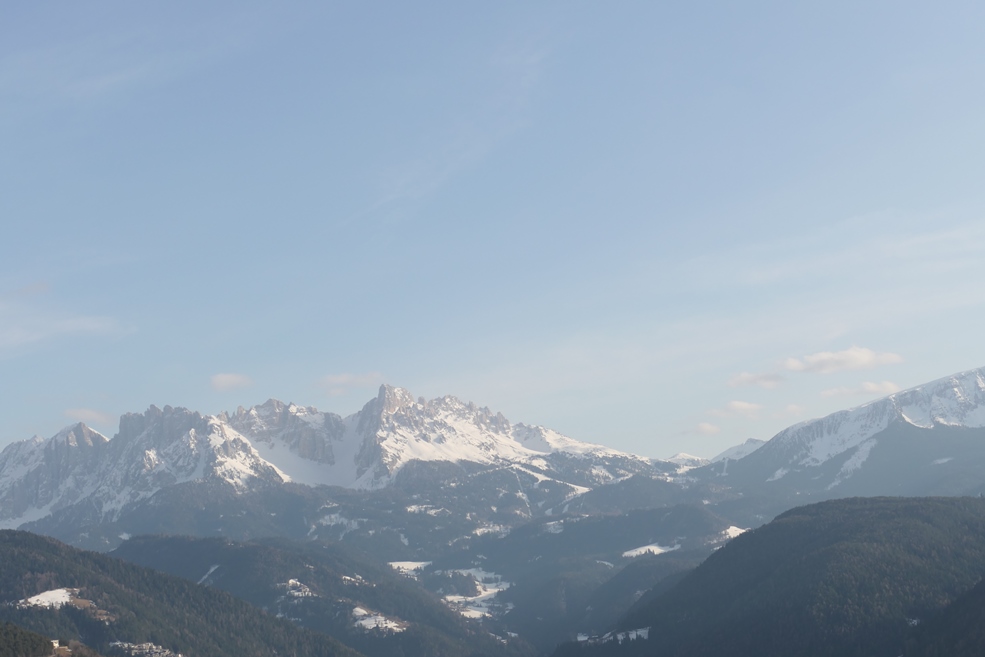 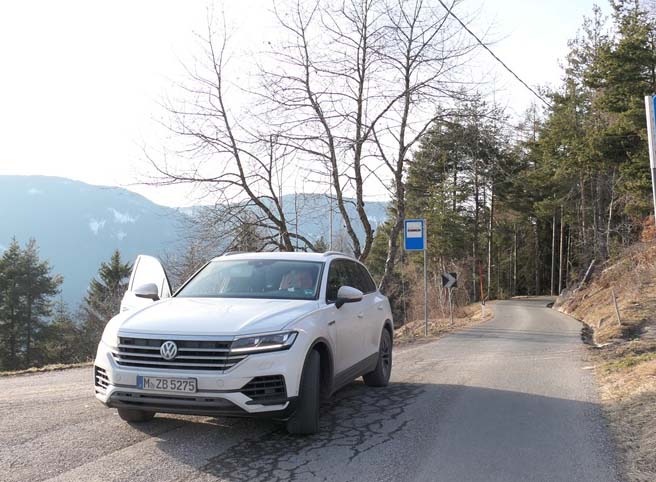 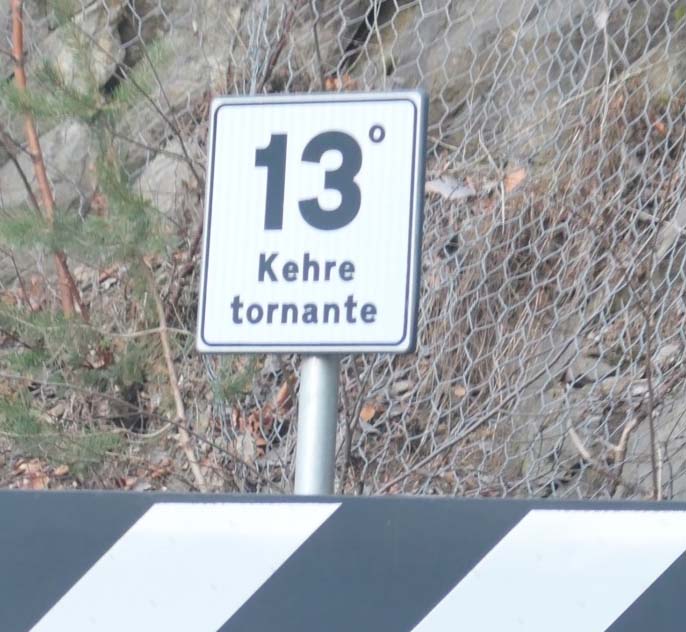 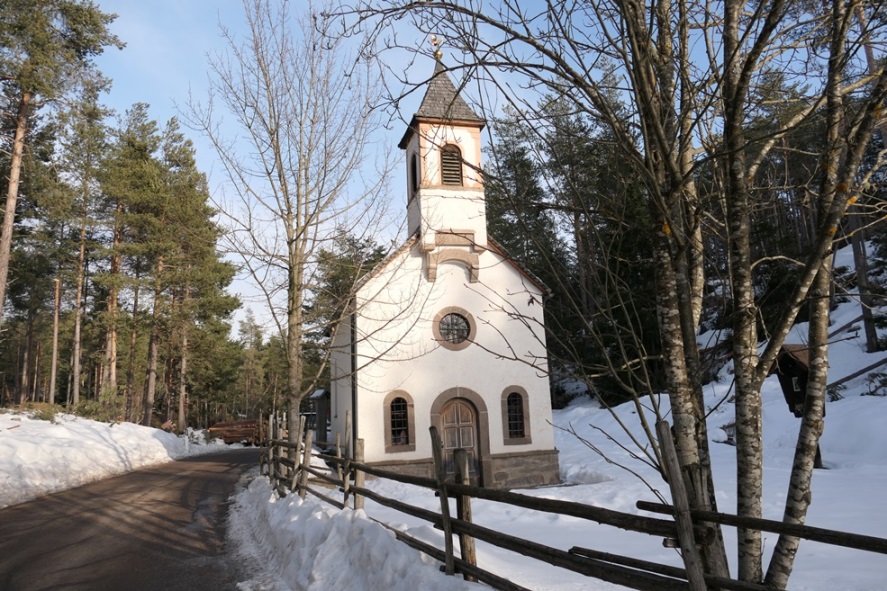 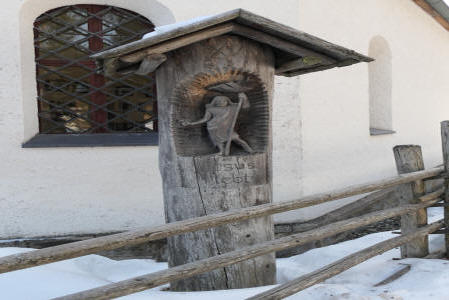 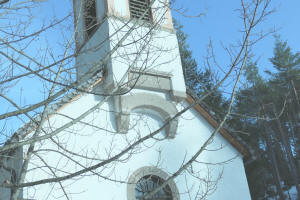 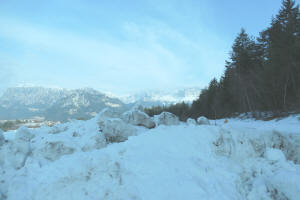 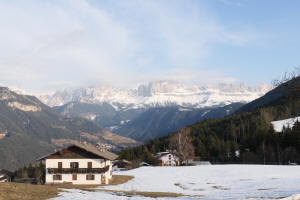 Schloss Runkelstein as the German/Austrians call it, is called Castel Rincolo in Italian. It is a medieval fortification near Bolzano/Bozen.  It was built in 1237 and through the years has changed many hands.  in the 19th century during the age of romanticism it was rediscovered and visited by many.  In 1882 it was gifted to Emperor  Franz Jozef who had it restored and gave it to the city of Bozen. It is famous for its literary frescoes.

Back to map of Südtirol