One cannot say much about Paris - It speaks for itself.  Here are some pictures taken this summer while spending a carefree week walking around the streets of Paris, revisiting sites and places one more time...

A walk from Etoile to the Louvre

... and then down to the Conciergerie, Ste Chapelle and Ile de la Cité

A walk to Montmartre, the cemetery at Montmartre and then up to Sacre Coeur

and then down to the Opera and Madeleine.

Another to the Invalides with a side trip to the Musée de l'Armée.

The IETF gave us the piece de résistance of the trip:  A private evening at the Musée d'Orsay with a private tour of the museum.

To finish off the page here are some random sights that everyone visiting Paris likes:

And very very last how can Paris be Paris without the Tour Eiffel?

Once again IETF was held in Paris.  And once again I tailed along.  We drove from Strasbourg and after a late lunch at Windhof in Burbach we arrived in Paris. 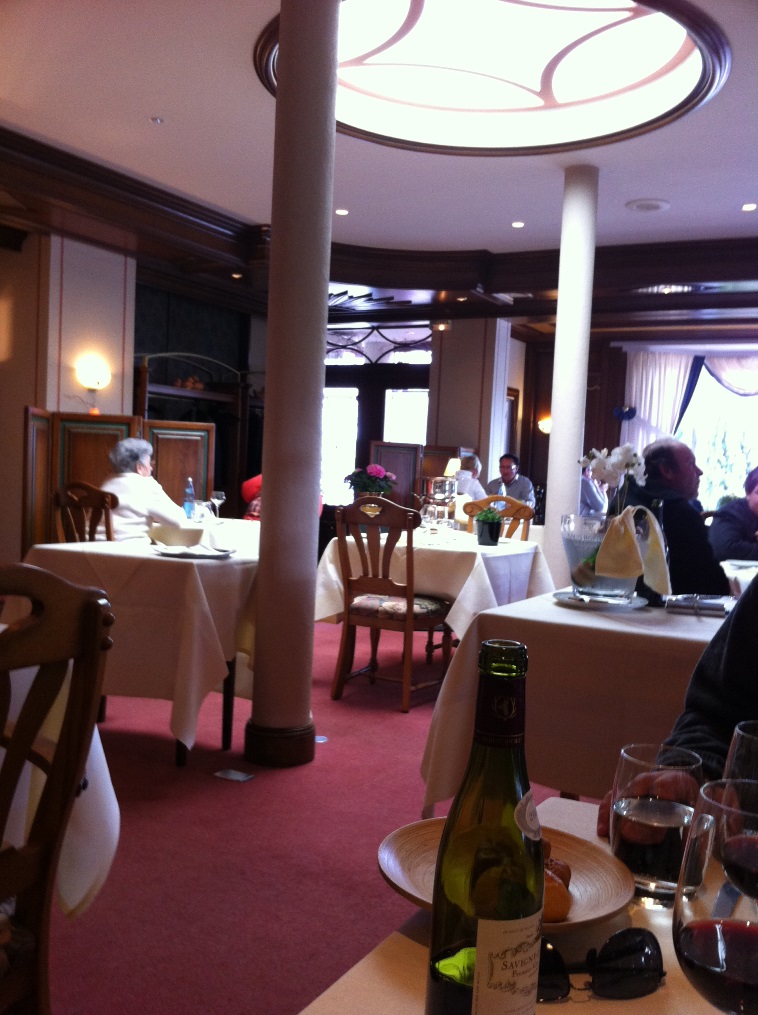 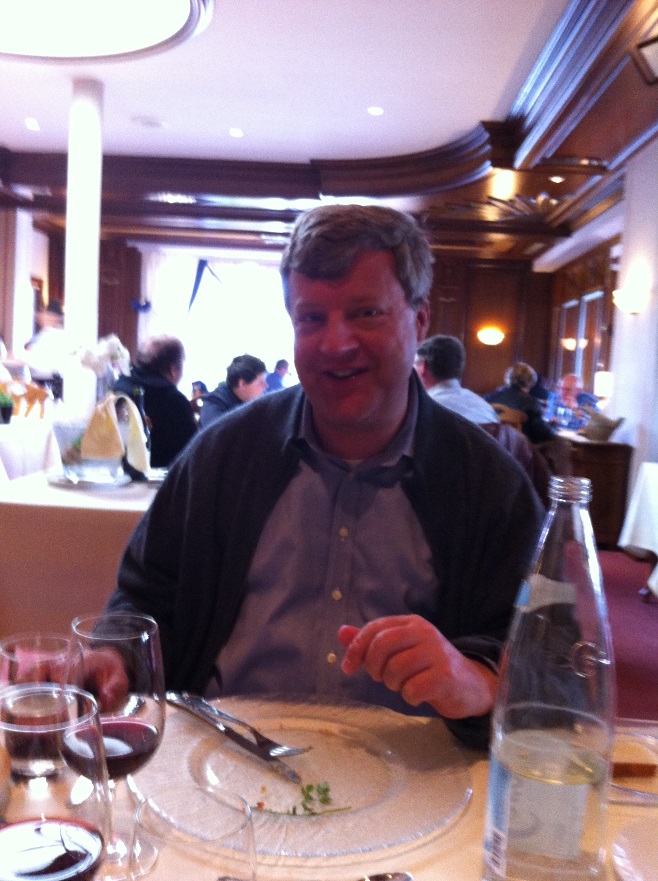 Our hotel at Porte Maillot is not something to write home about.  The rooms are small and the upgrade that we had for a suite was simply two little rooms with the door in between opened.  But the view from the room was breathtaking!  Stephan's conference was right next door and Palais des Congrés,  so we were OK.... 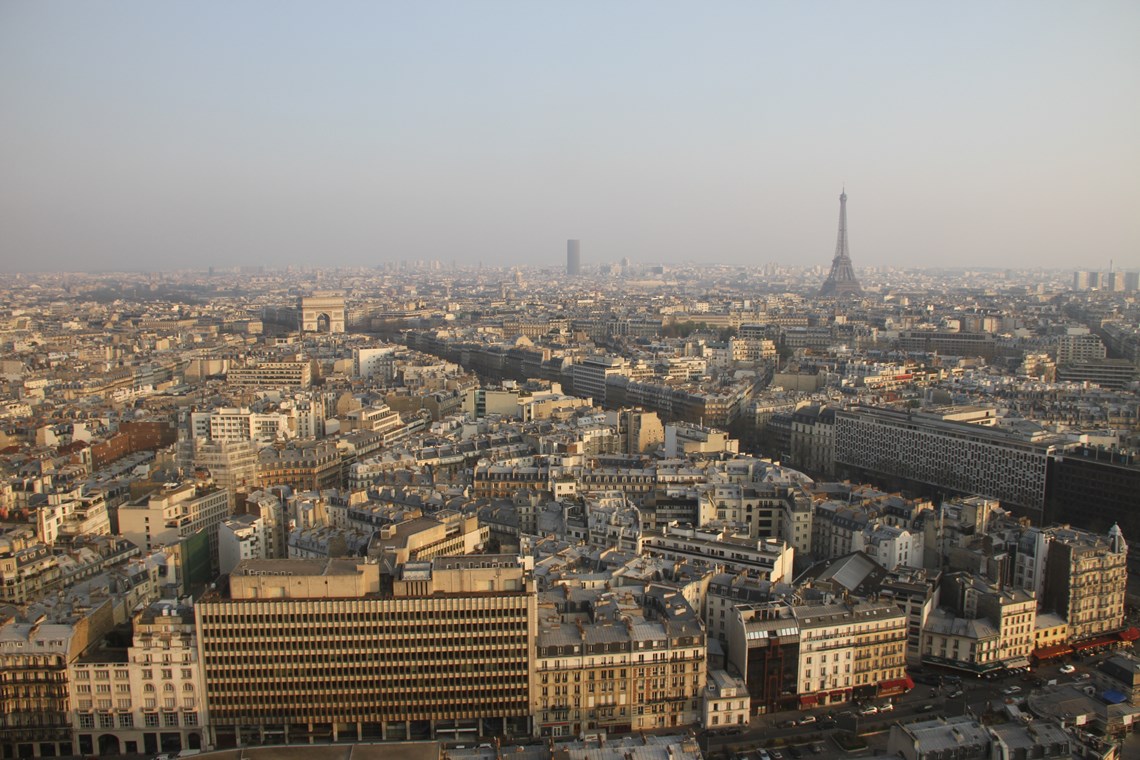 Walking around Paris is always fun but this year in addition I decided to re-visit  Versailles, the Louvre and Musée d'Orsay.  I also met with clients, friends and family.  So all in all it was a busy busy week.

One day I took the car and drove to Versailles.  It had been over 25 years since I had been there last.  Not much has changed except the number of visitors.

I did my usual walk and strolled the streets of Paris starting from our hotel, all the way down to the Notre Dame and back. 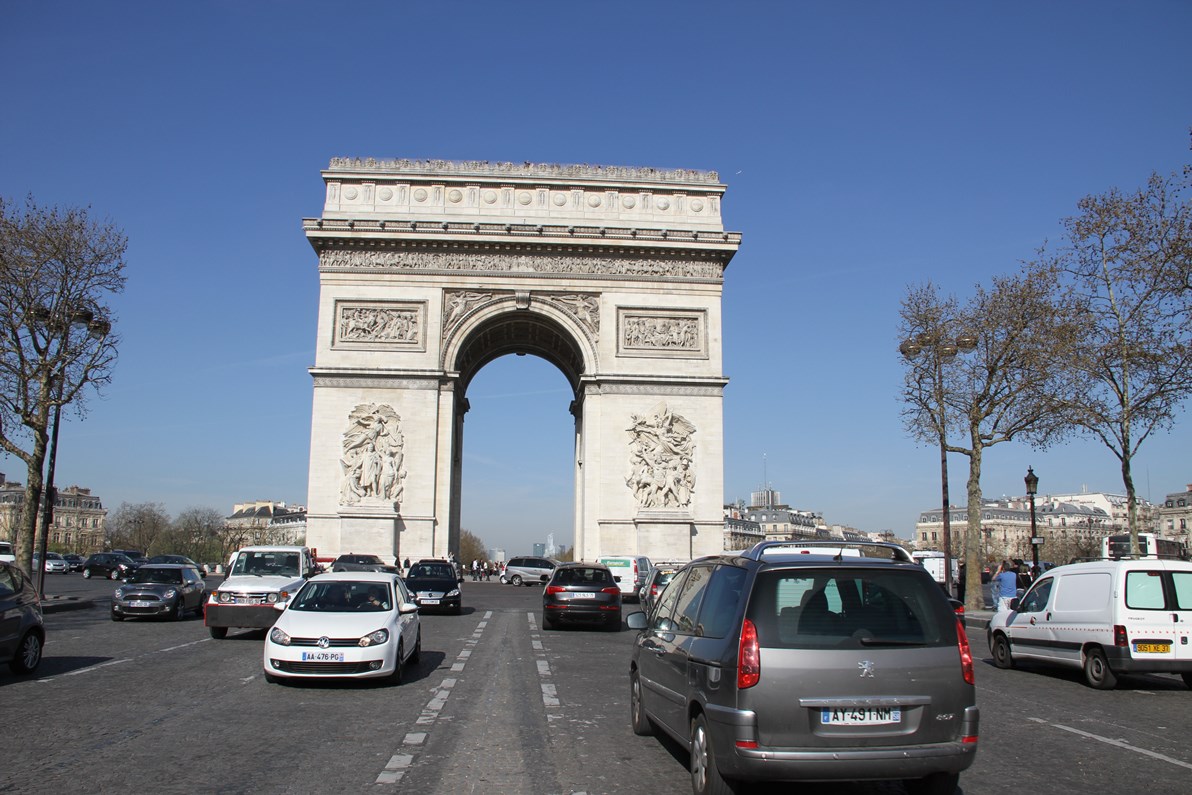 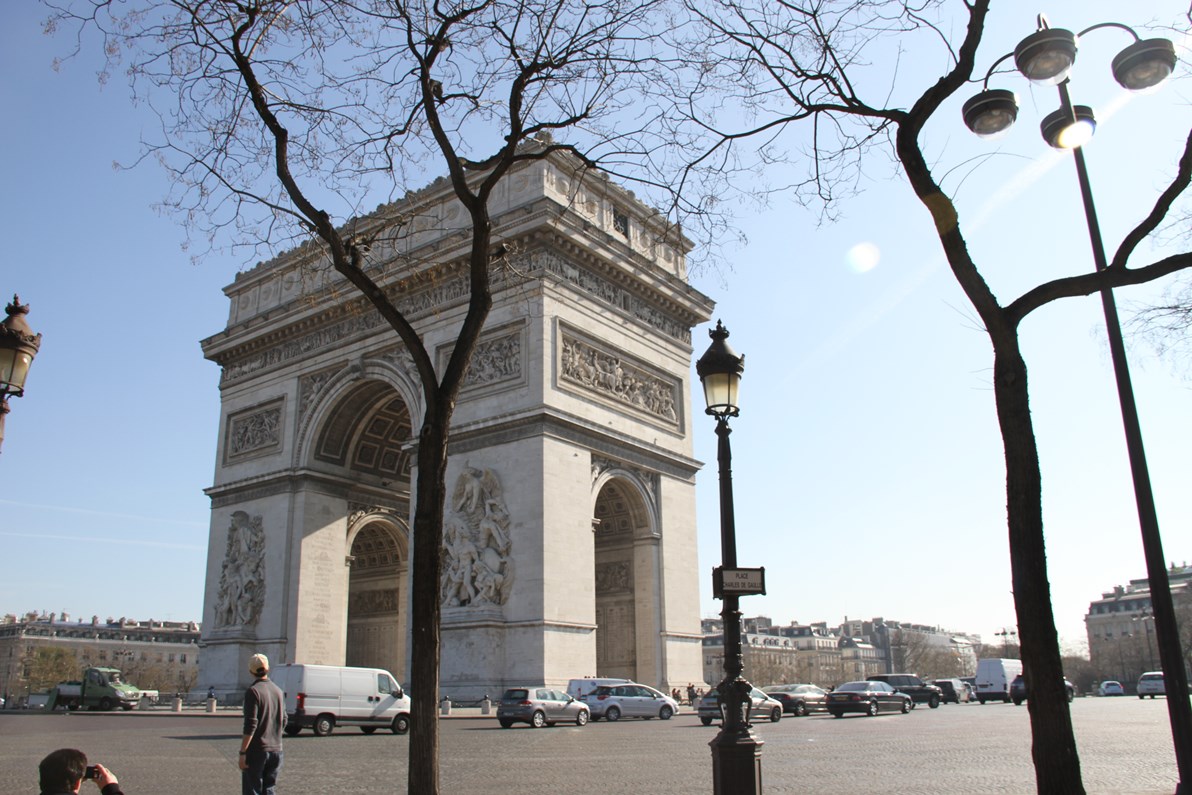 One day lunch was at Pont de l'Alma - Chez Francis 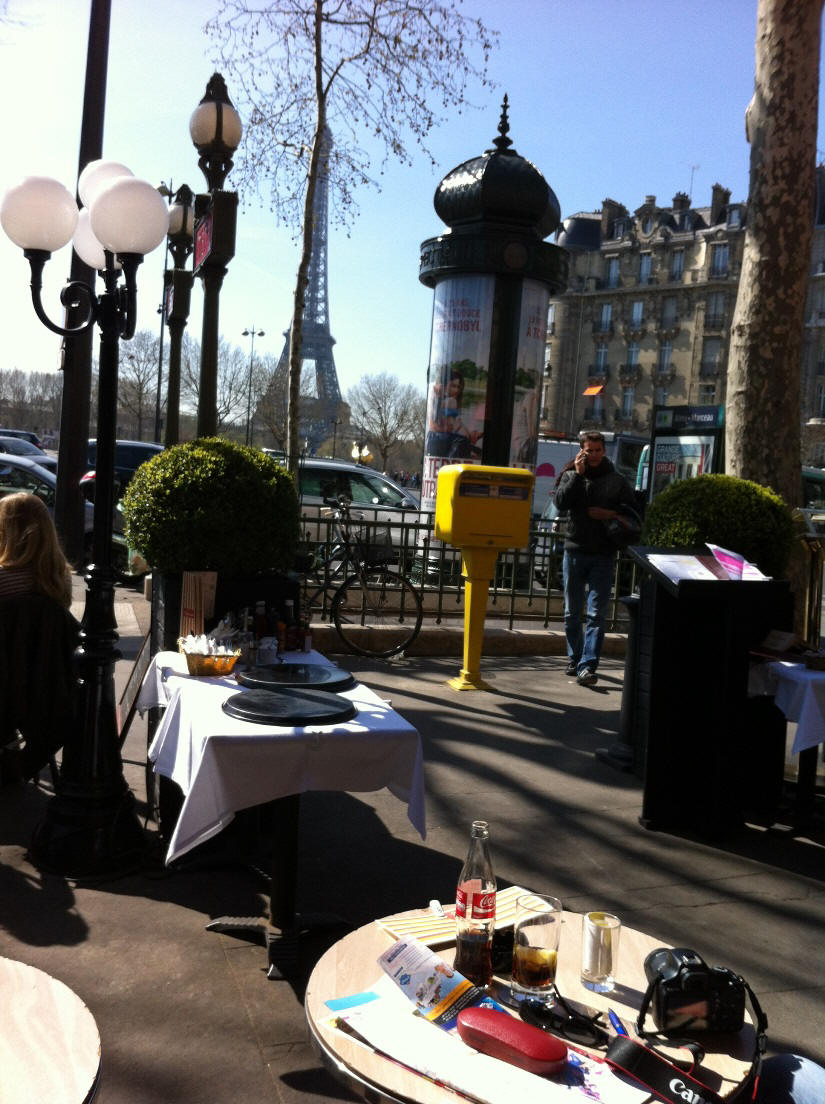 Then I continued down to Marais - Champs de Marais - to the Tour Eiffel. 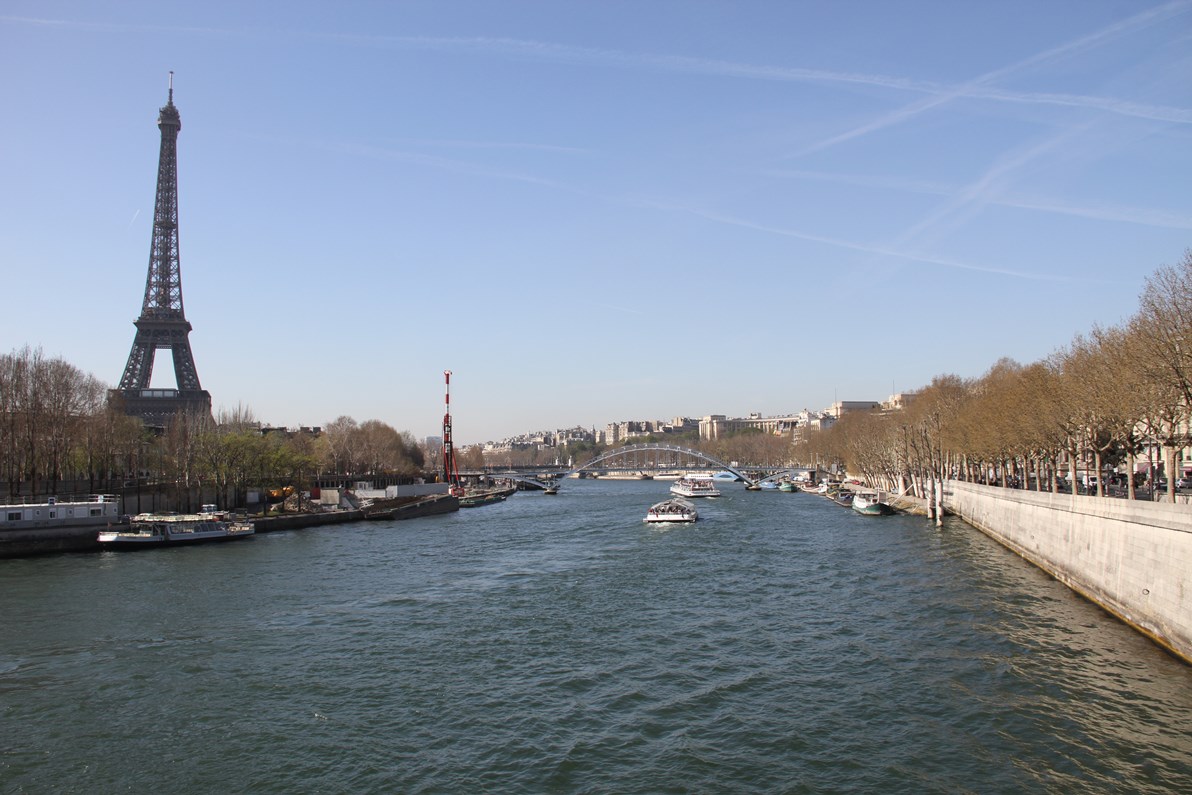 I met a friend who had made reservations to visit the renovated Musée d'Orsay so we bypassed the lines of people and went right in. 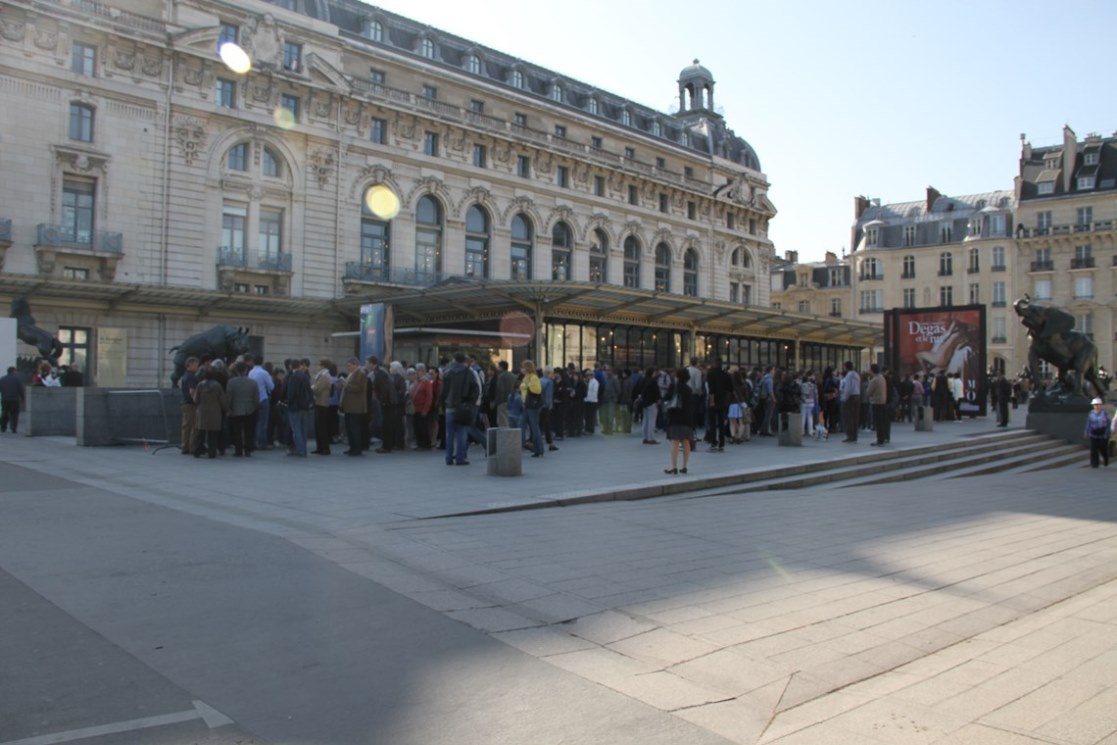 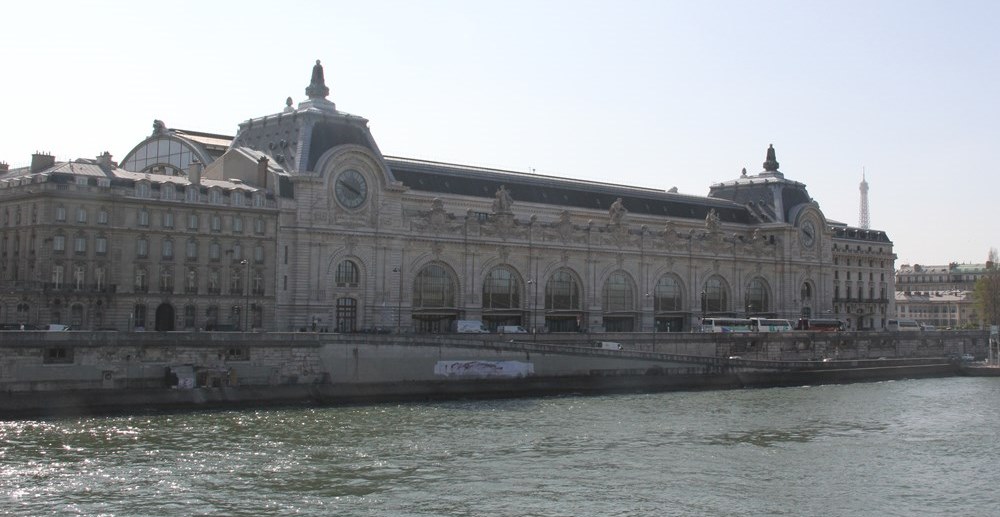 We then walked to Pont Neuf and Île de la Cité 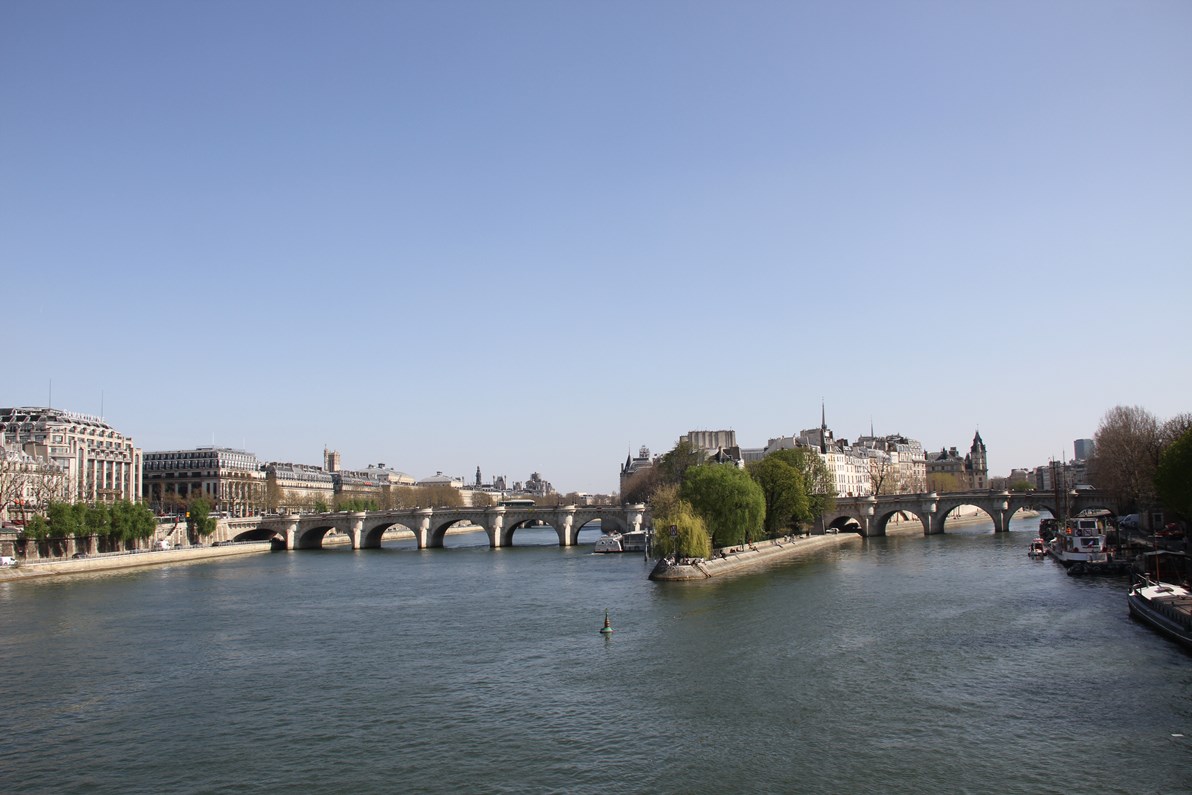 ... up rue Bonaparte to Saint-Germain-des-Prés 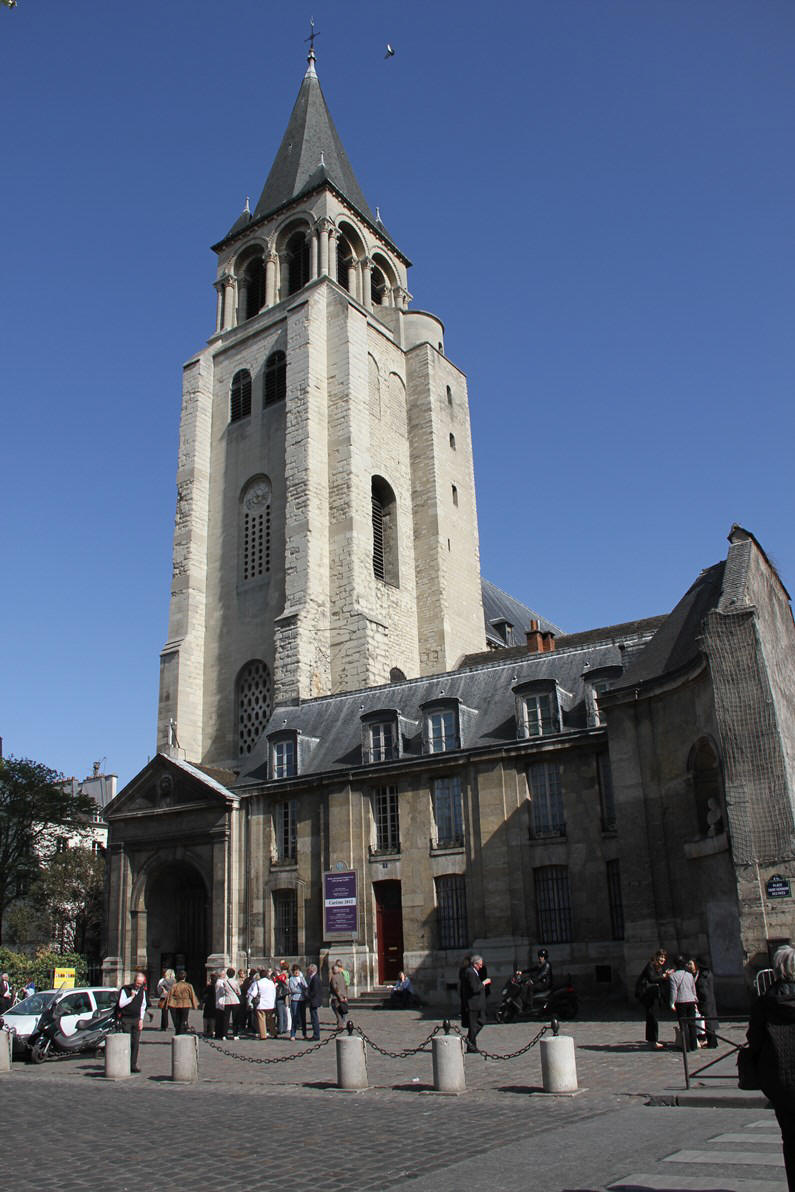 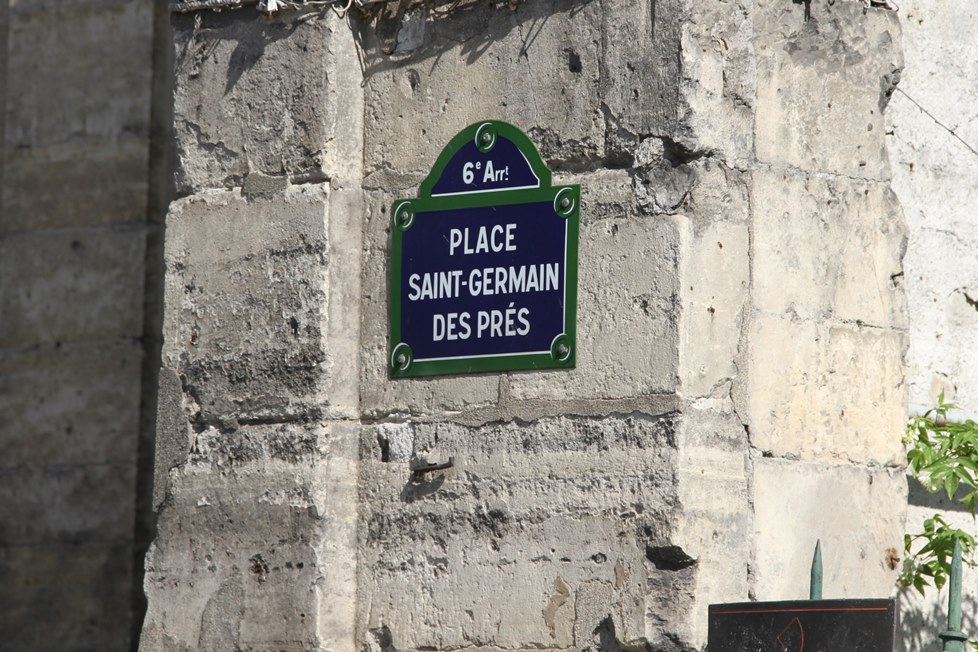 .. had lunch at Les Deux Magots 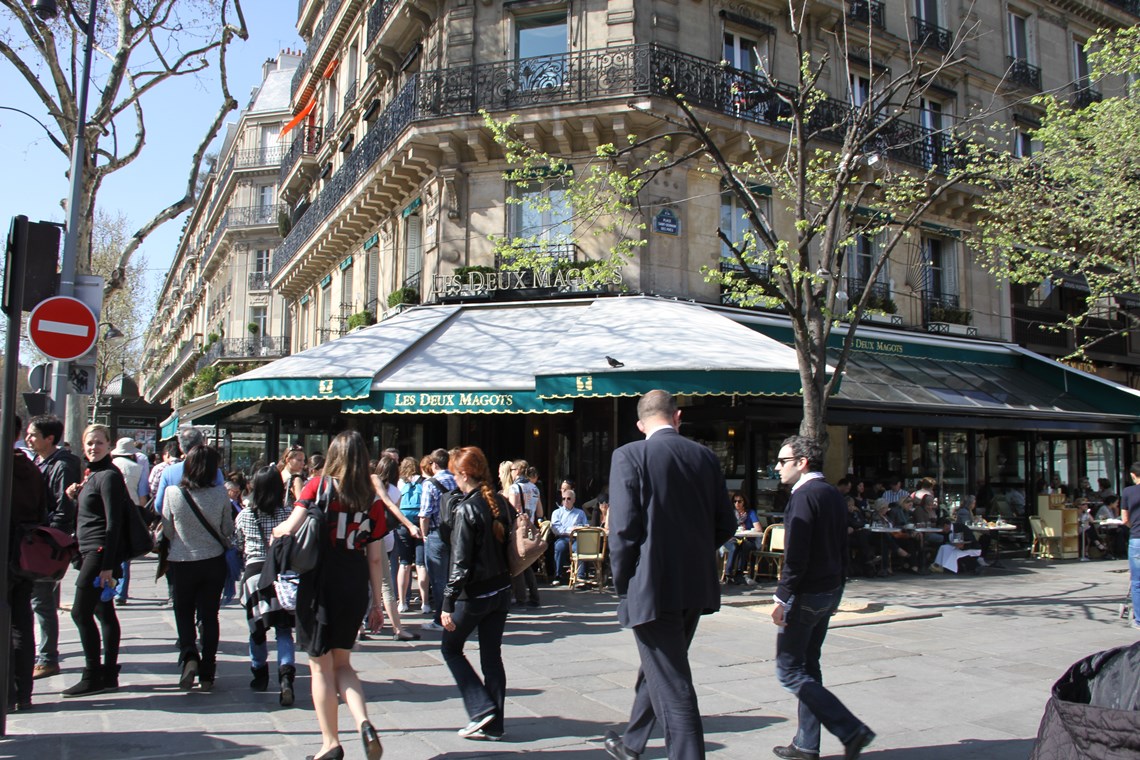 ...  and back via Jardin des Tuileries 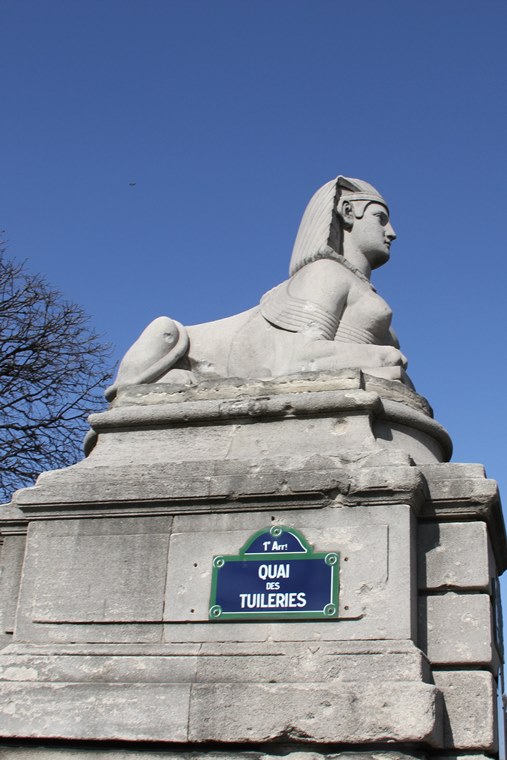 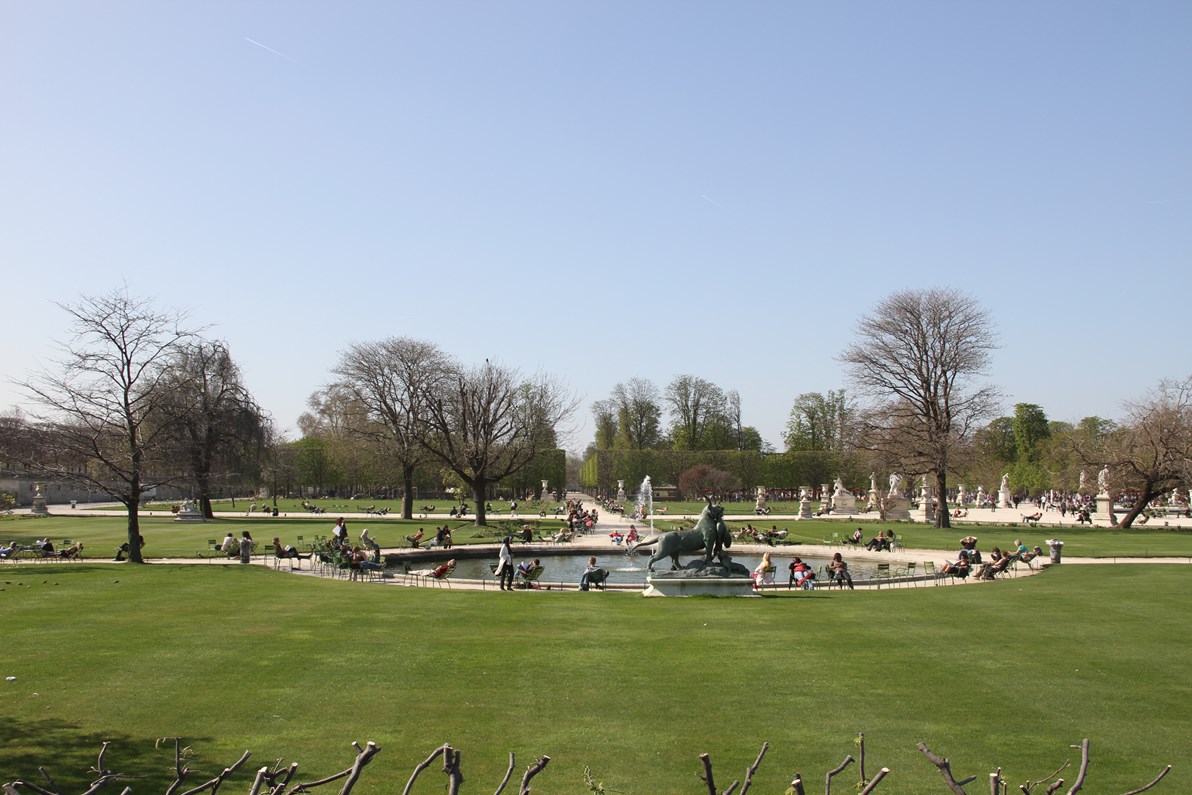 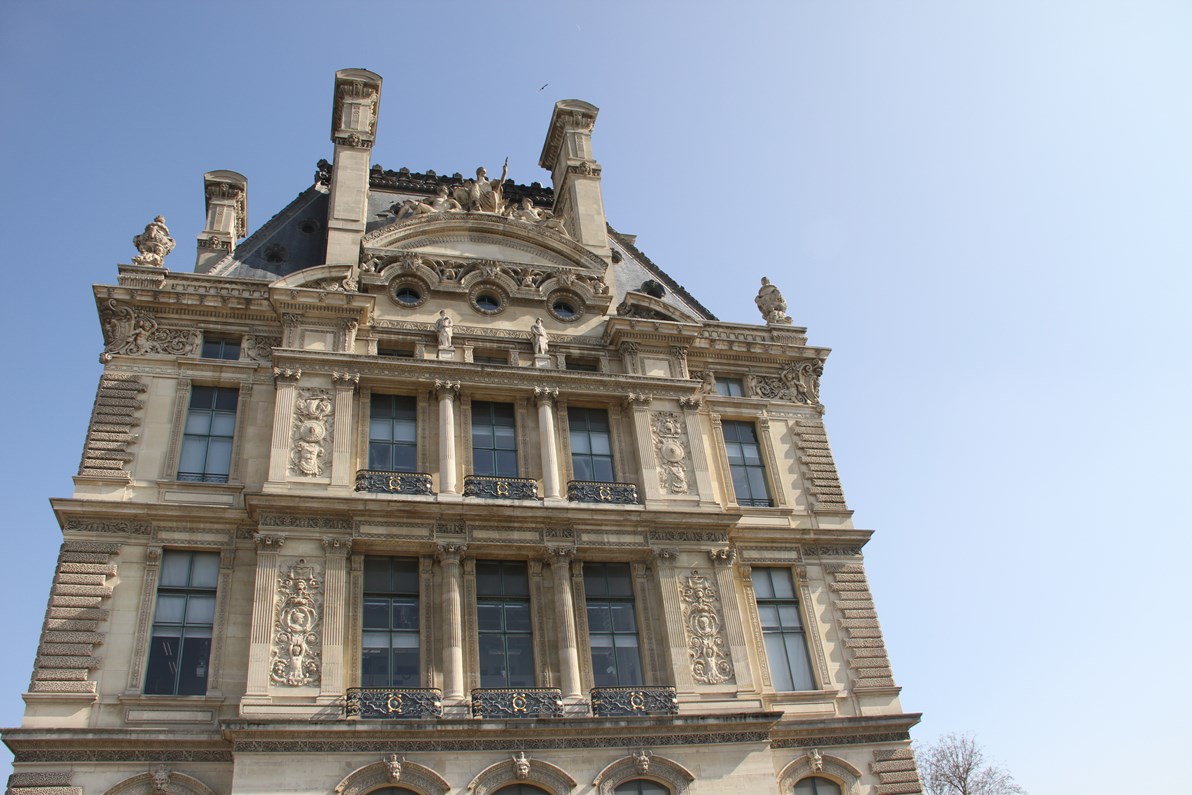 Dinner with Celine and Nerses 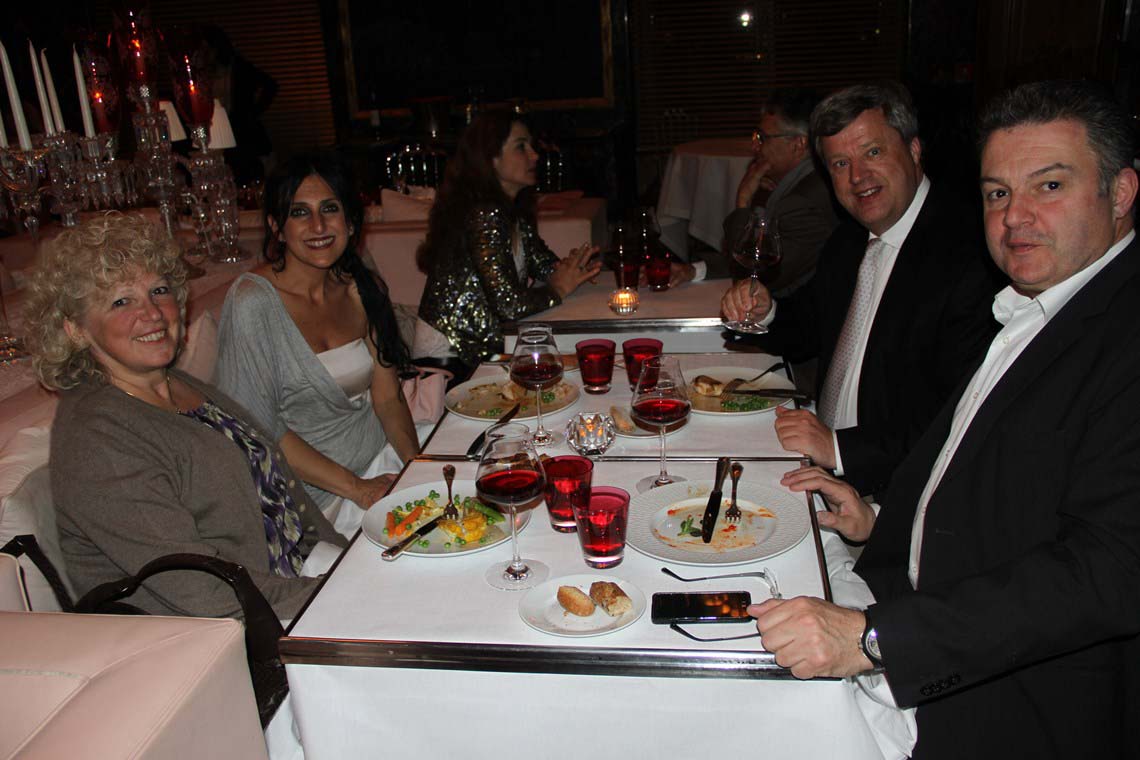 One day, the same walk took me to Notre Dame de Paris and back to the Louvre Museum.  After a nice lunch at Café Marly I visited the museum with 10 million others.

I endured the 'grève' of 'Only-Lord-Knows-Why' strikers banging on metal drums, I survived the unrelenting push of Chinese visitors, I dodged pickpockets with the help of multilingual announcements of the museum and I managed to walk through some of the exhibits, after avoiding the most famous items.  All in all, not a bad day. 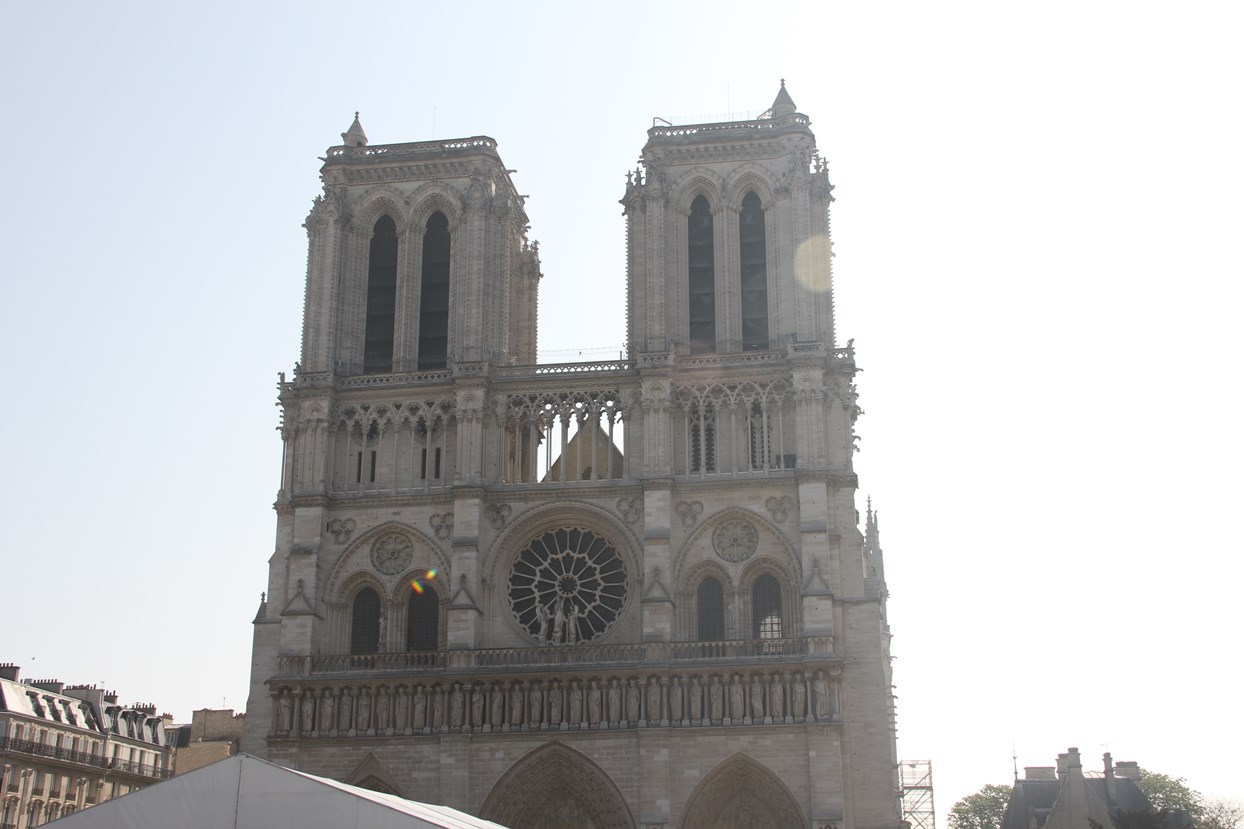 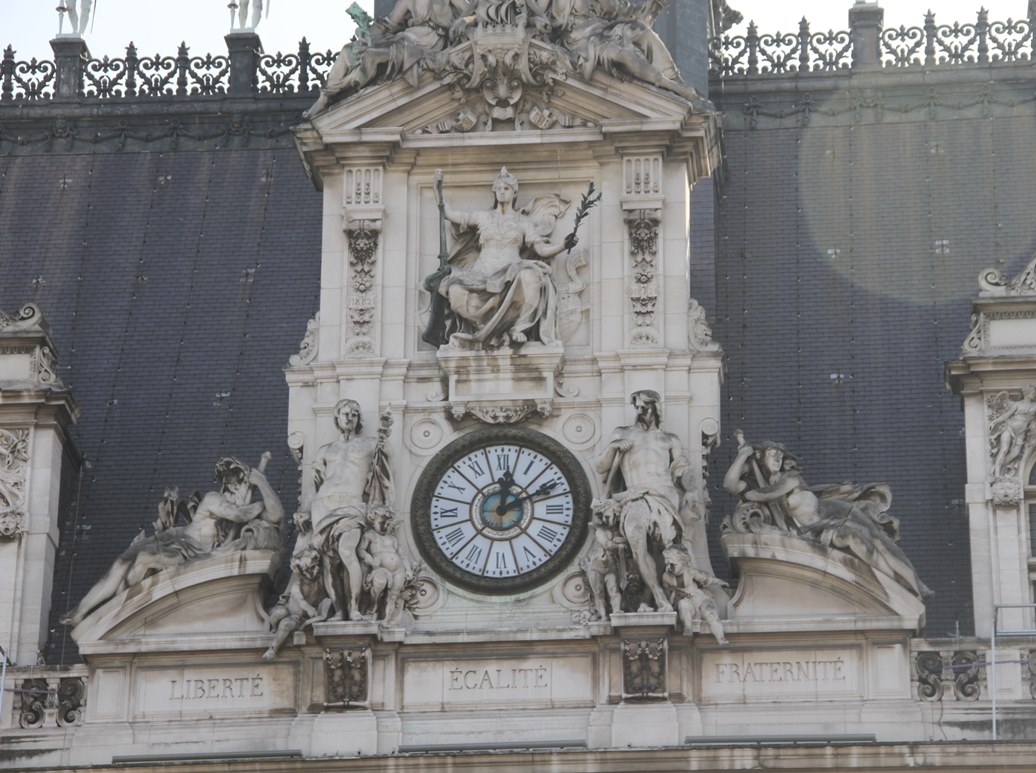 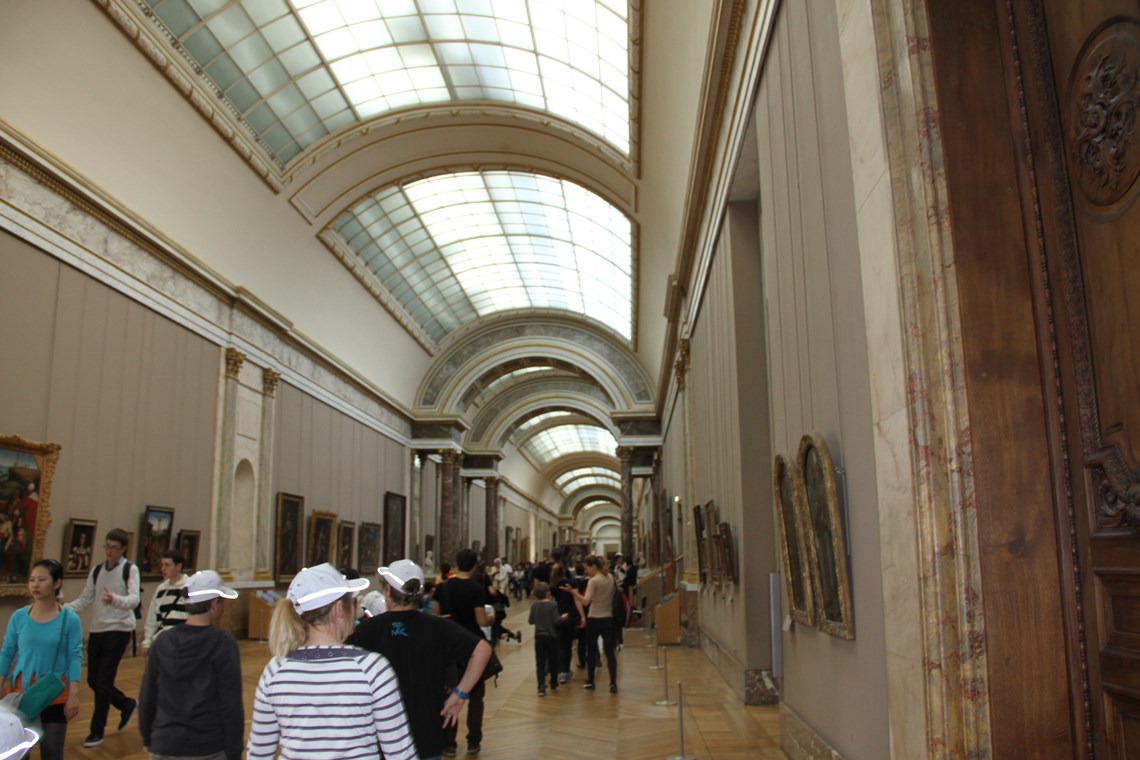 One thing that amazed me to no end was how naive and superstitious human beings are!  Some of the bridges in Paris that have the right construction are being inundated with padlocks!   Apparently it is supposed to represent undying love.... Give me a break.  Being locked into anything is not love.  The word lock itself defeats the idea!  But who am I to know such things.  Go ahead people, desecrate beautiful architectural wonders to be part of a fad!!! 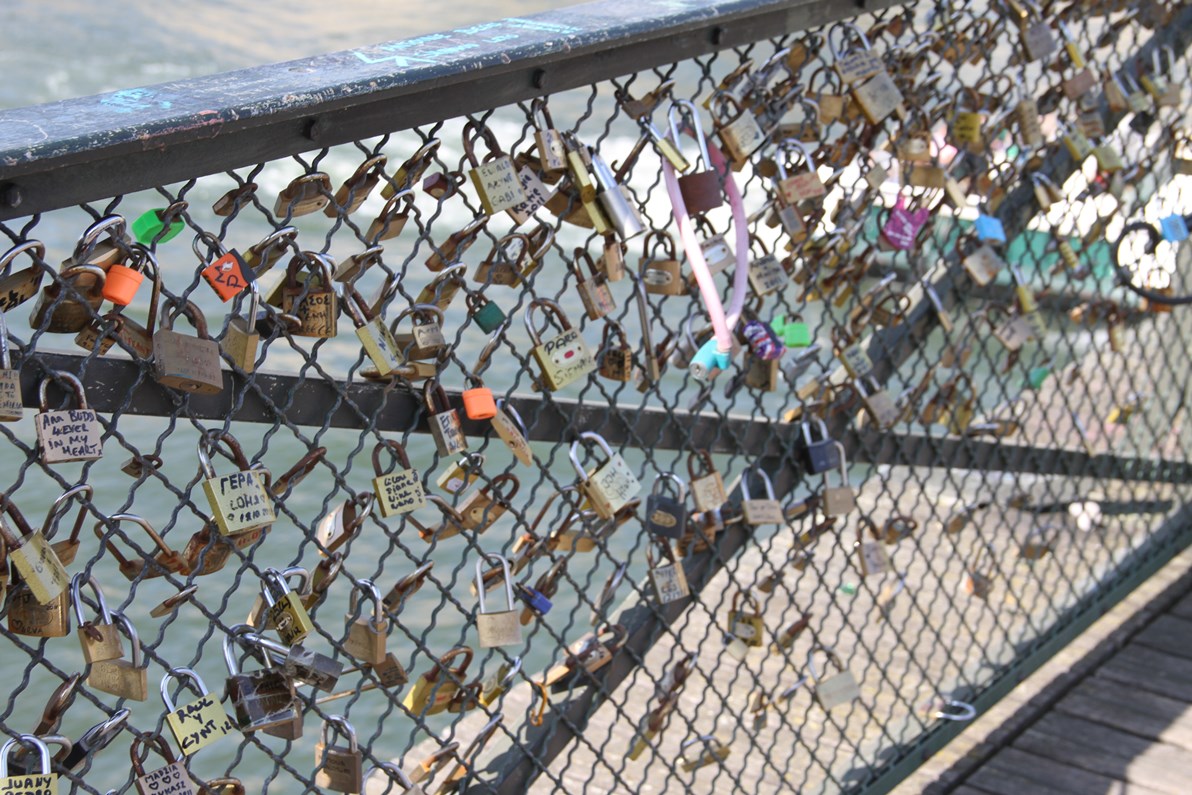 And finally some random pictures of Paris including a women in black - head to toe -  and a very entrepreneurial chestnut vendor in front of Musée d'Orsay.