Stephan finally got the car he wanted.  A Porsche Cayenne Hybrid!  He had every possible bell and whistle added to it and turned it into a technological wonder.  We went to Leipzig to pick it up.  It was an experience of a lifetime.

We arrived in Leipzig with a carry on each and one change of clothes.  We got our suitcases two days later just before we left.  However, we made the best of the time we had in Leipzig walking through town in freezing weather.

We visited Thomaskirche, where the composer Johann Sebastian Bach was choir director from 1723 until his death in 1750. 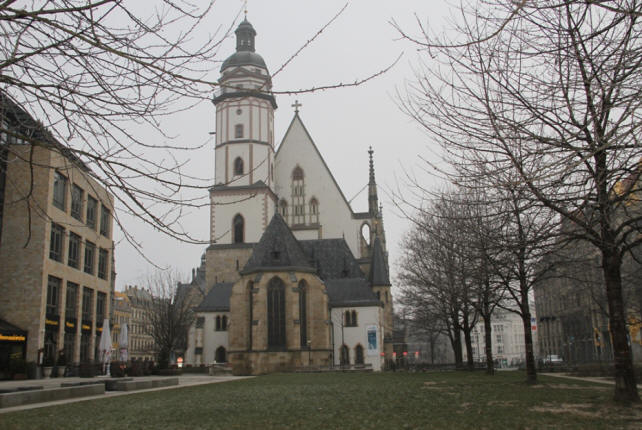 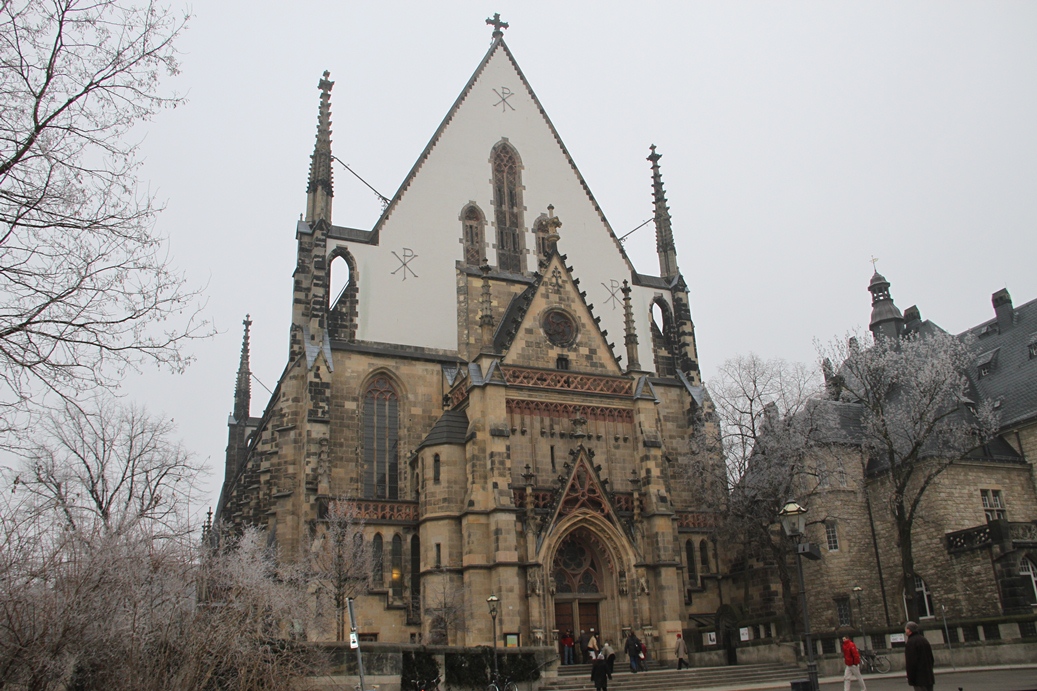 We continued to walk around: The Gewandhaus concert hall opened in 1981 it is a very modern DDR era building  juxtaposing the fountain on the Augustusplatz in front of it. 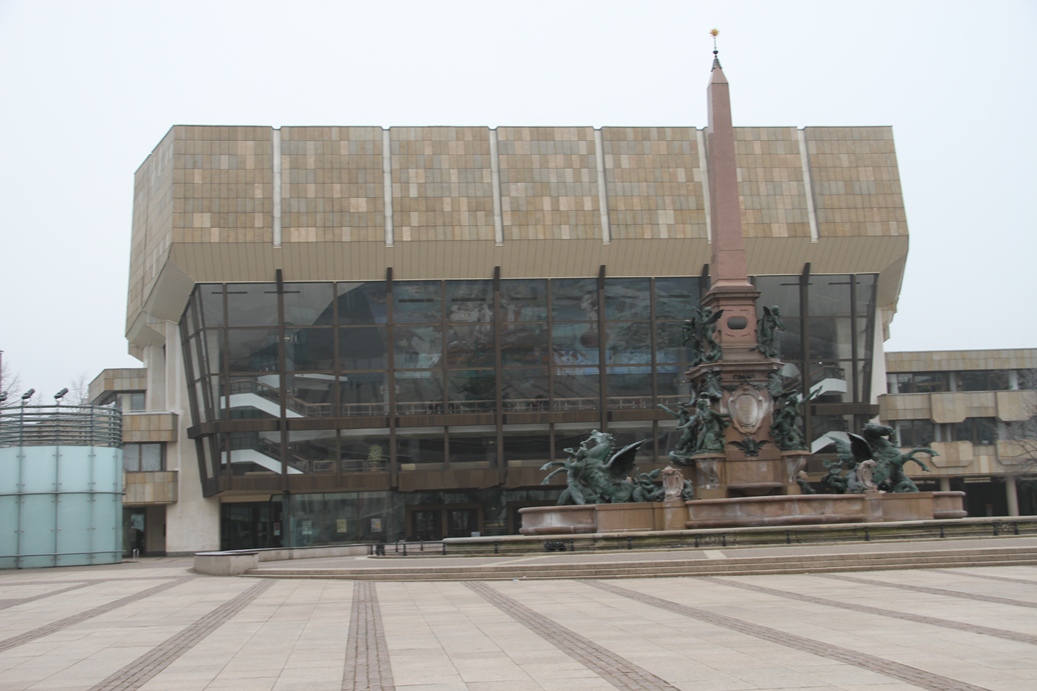 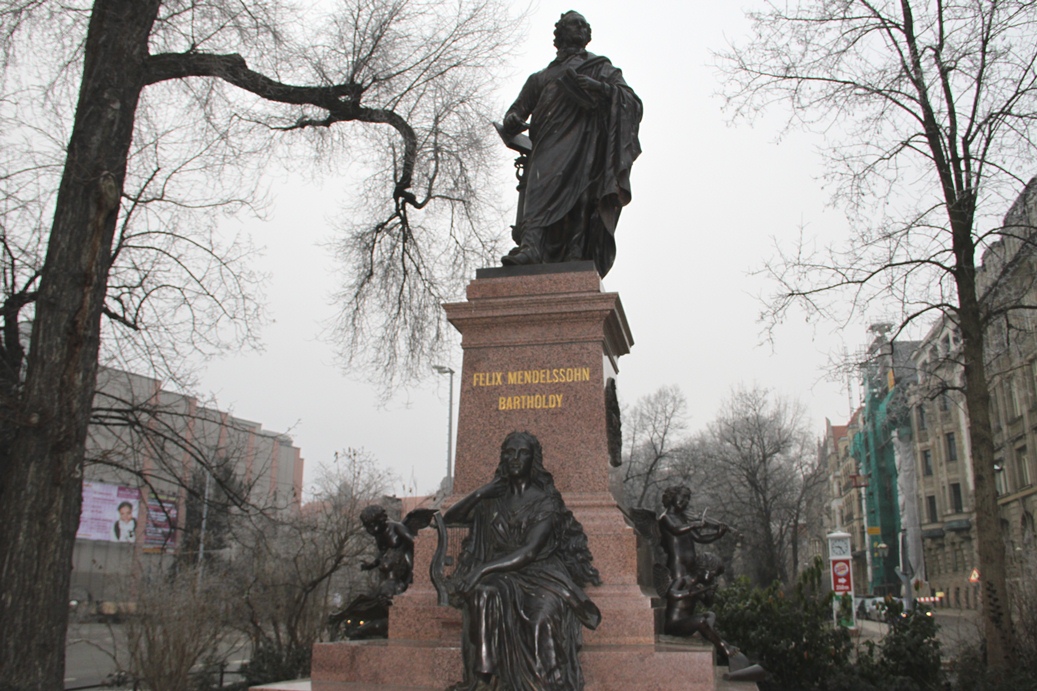 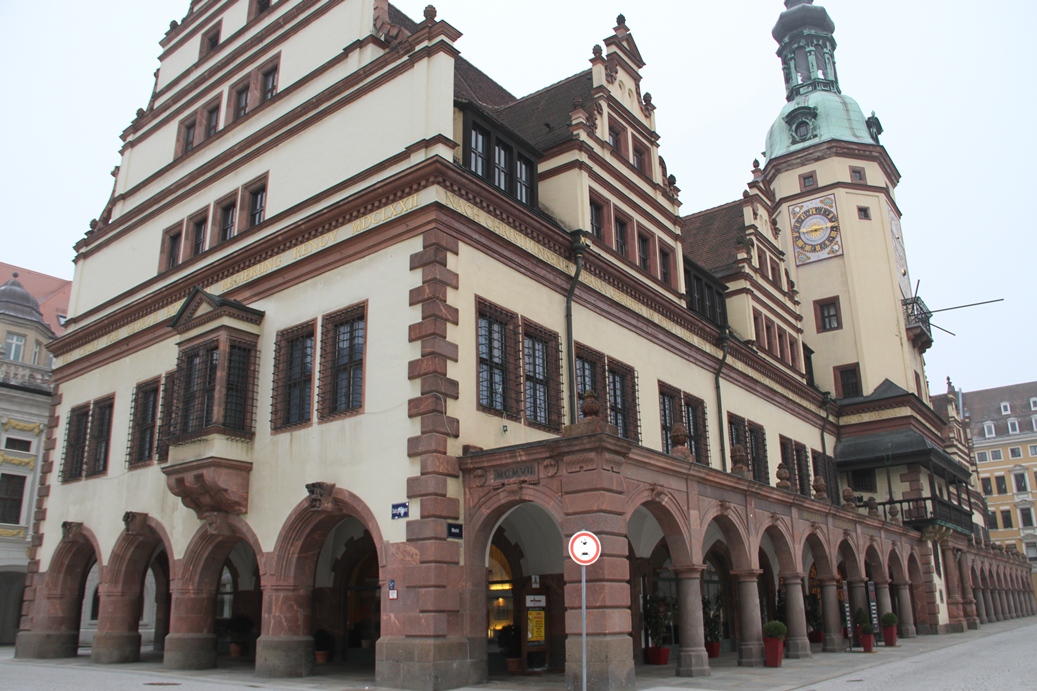 and many other beautiful old buildings ...

The next day was our 'Pick up Your Car" day!  Opa Wenger came from Dortmund and we all went to the factory. 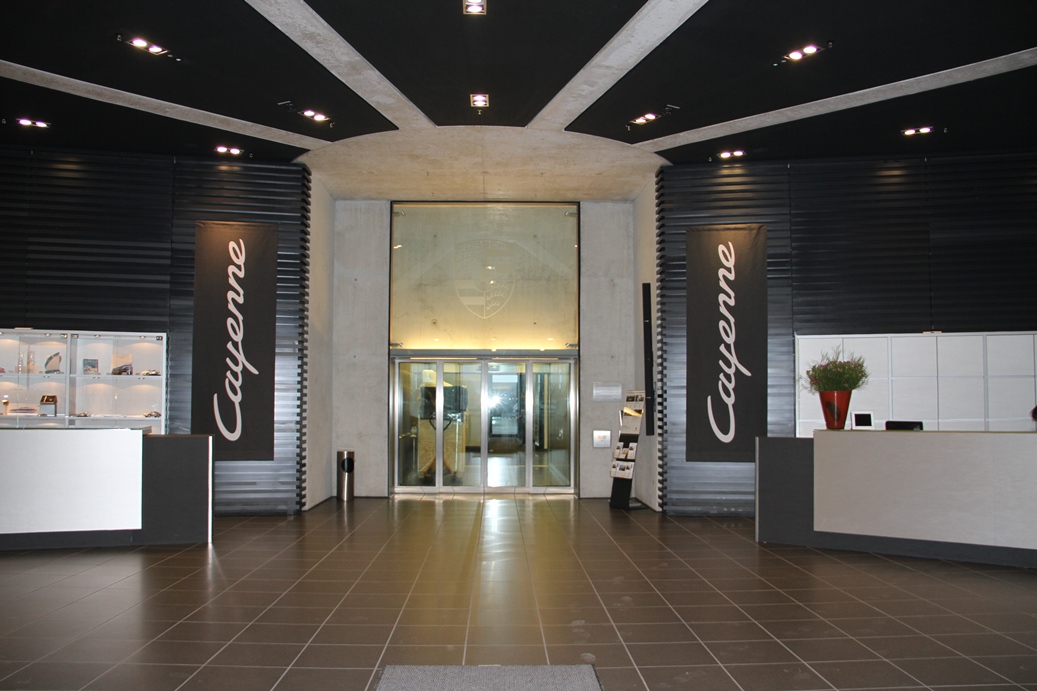 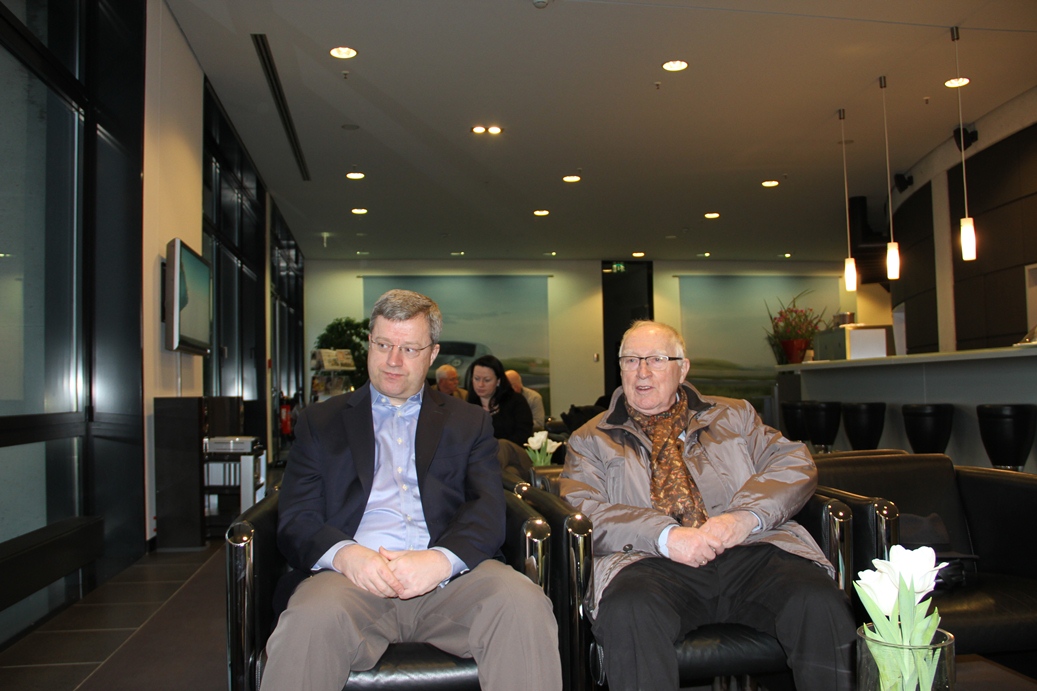 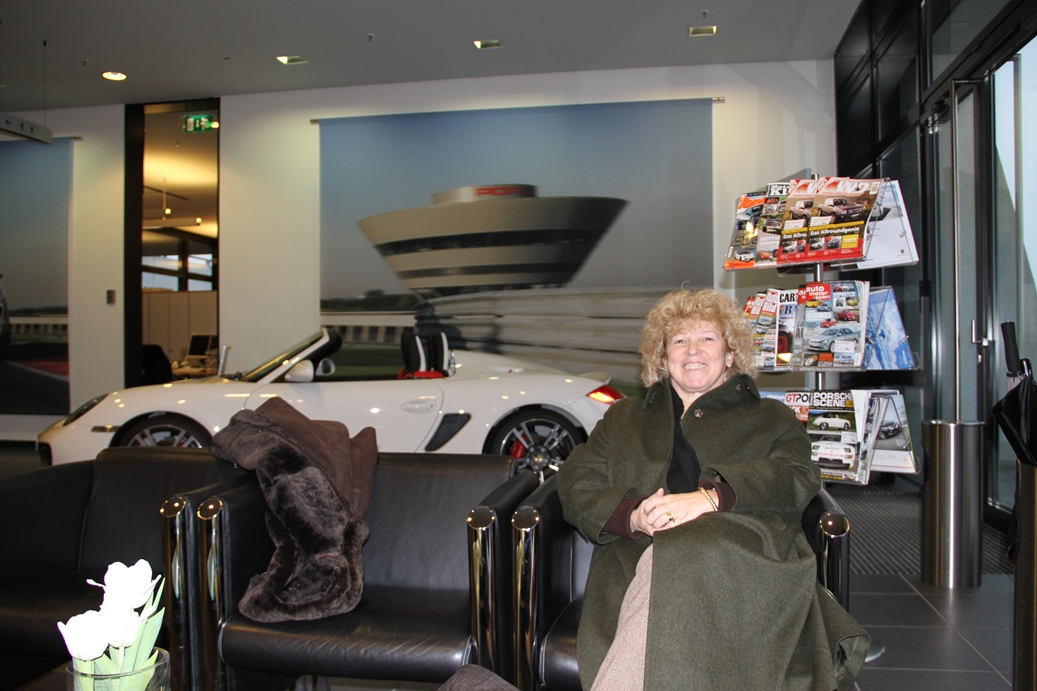 The Porsche factory is  built on an old DDR [GDR] military base.  They build the Cayennes and the new Panameras in this plant.

We were assigned a driver who looked 12 years old - but was a very good driver - and he took us on a driving run on their racetrack and then off-road on their specially built course.  Both Stephan and Heiner drove while I took tons of pictures.  Here are a few :  Well,  the first picture obviously is not our car... It is the demo car 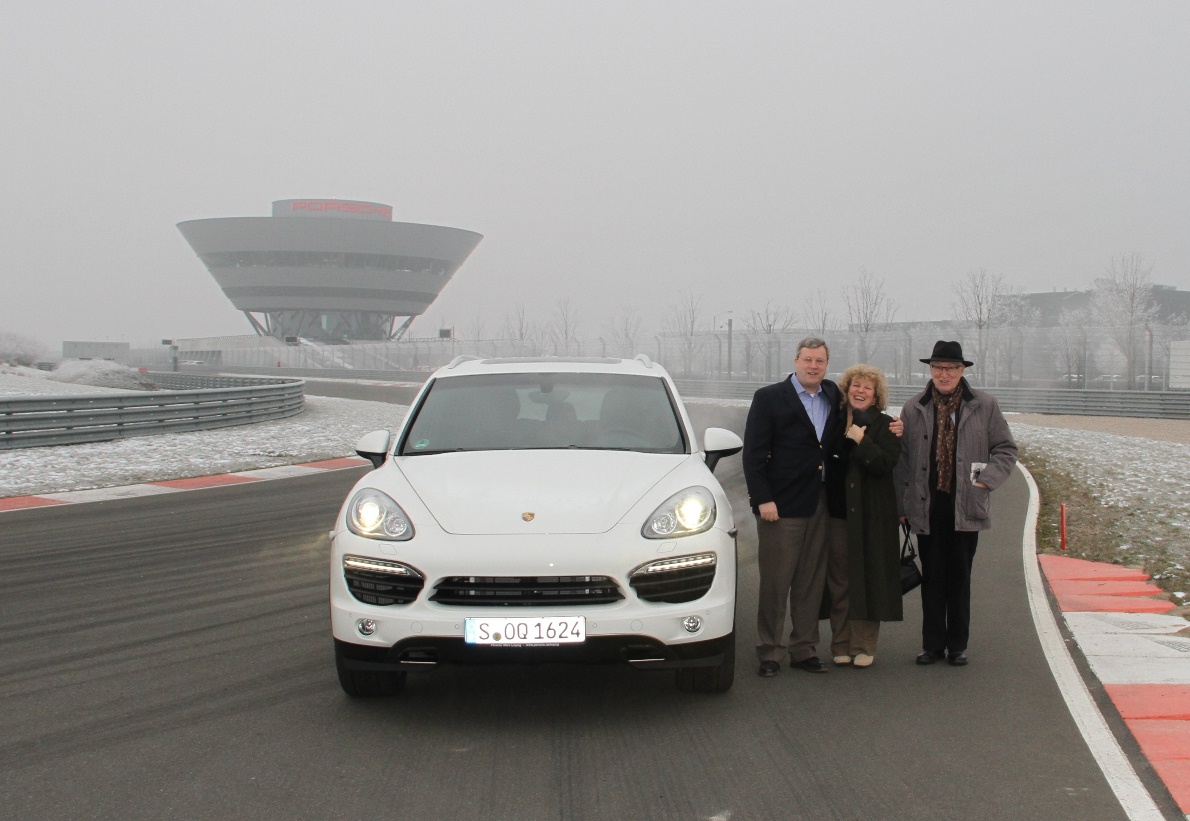 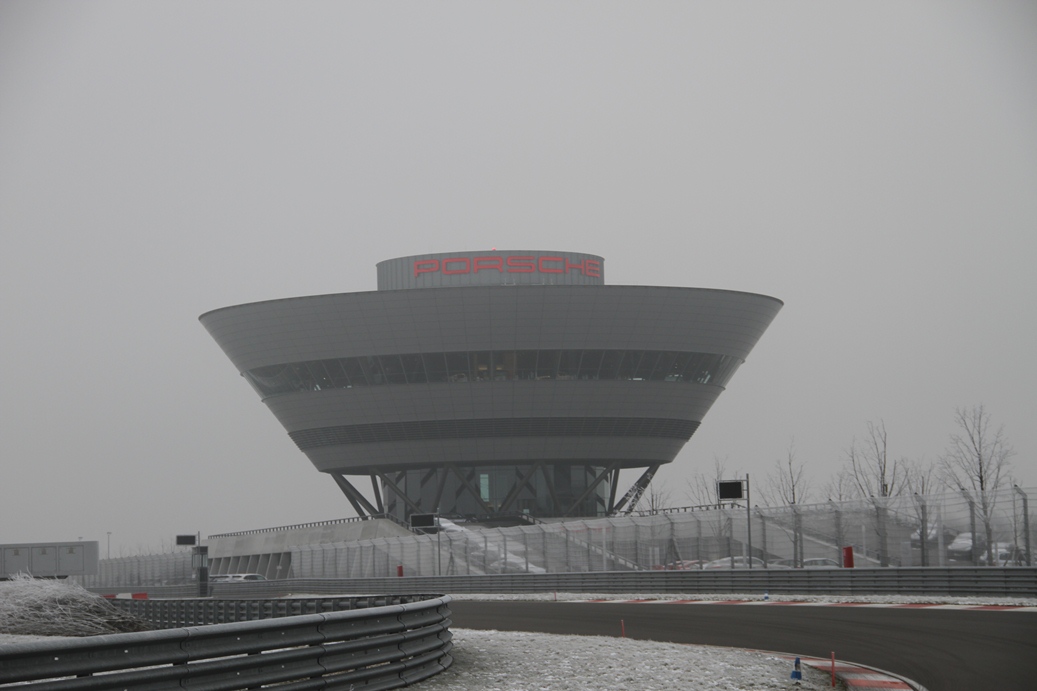 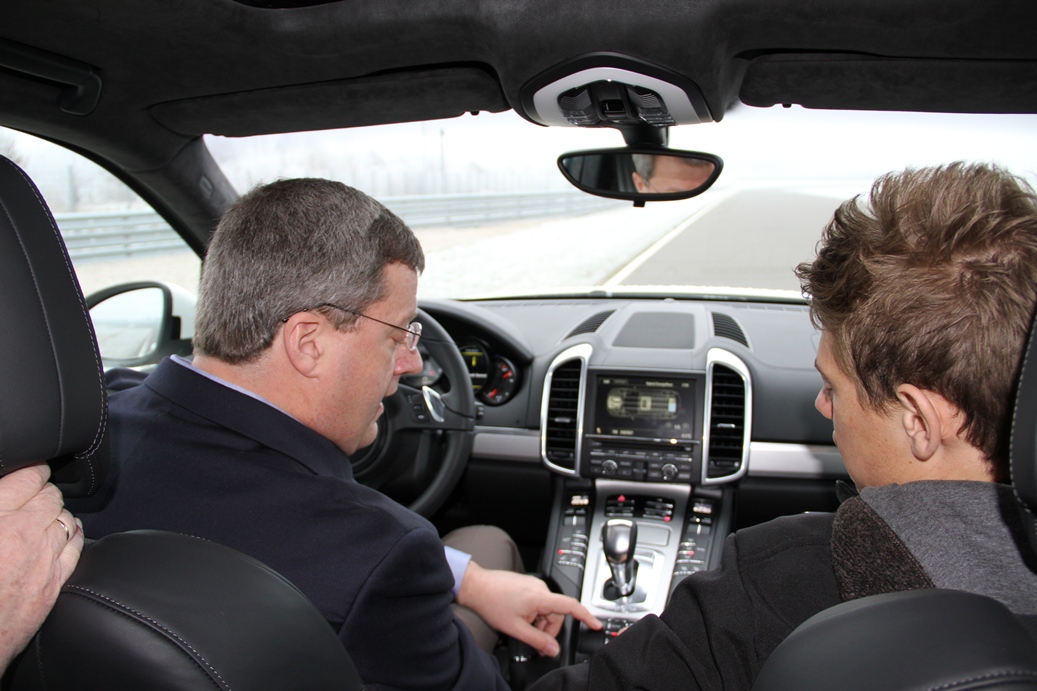 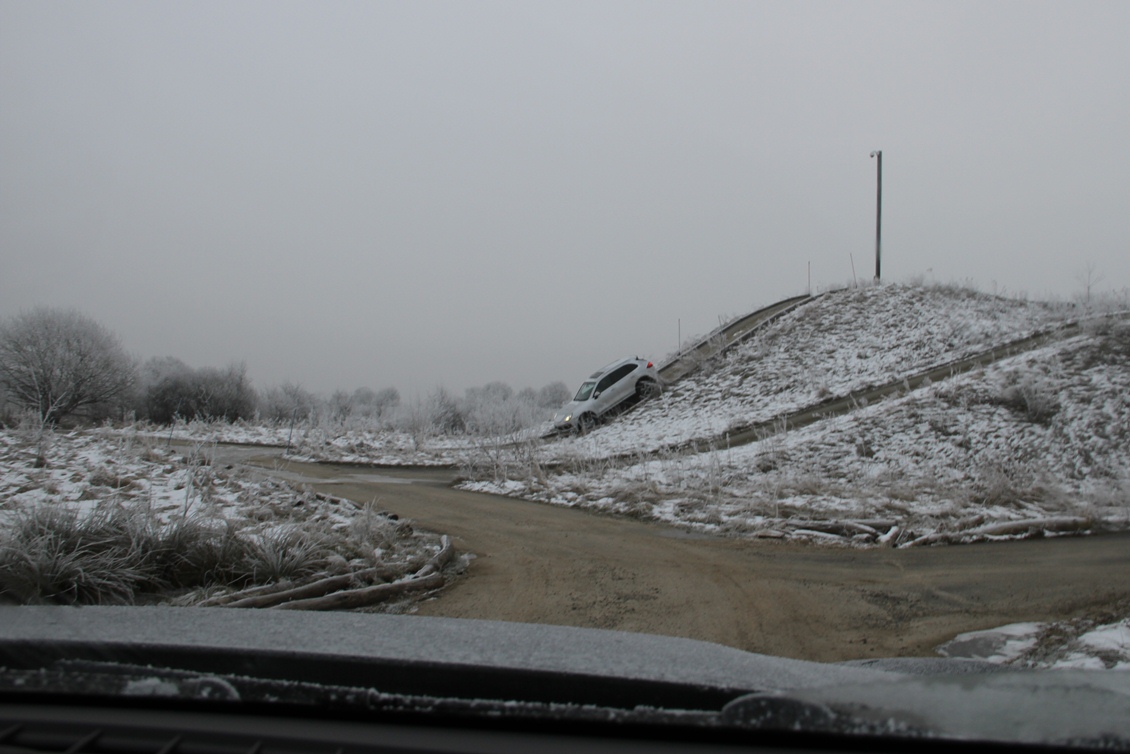 We then went back into the factory.  We had a tour of the factory with a very nice lady but photography was not allowed - they even confiscated our cameras and cell phones.  After the tour we were introduced to our gorgeous new car! 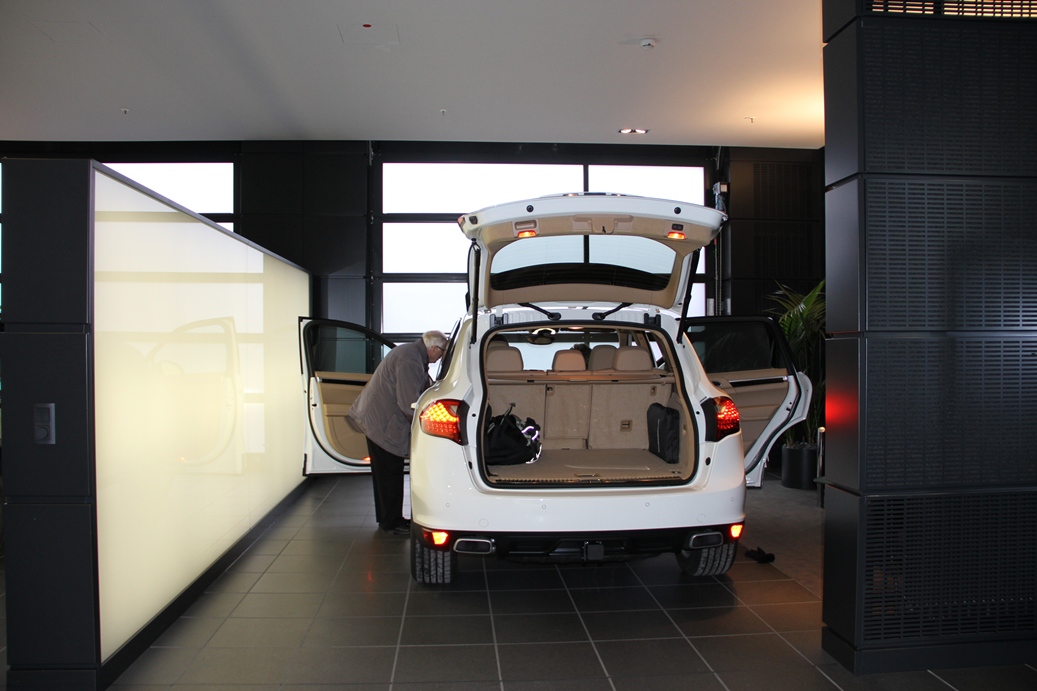 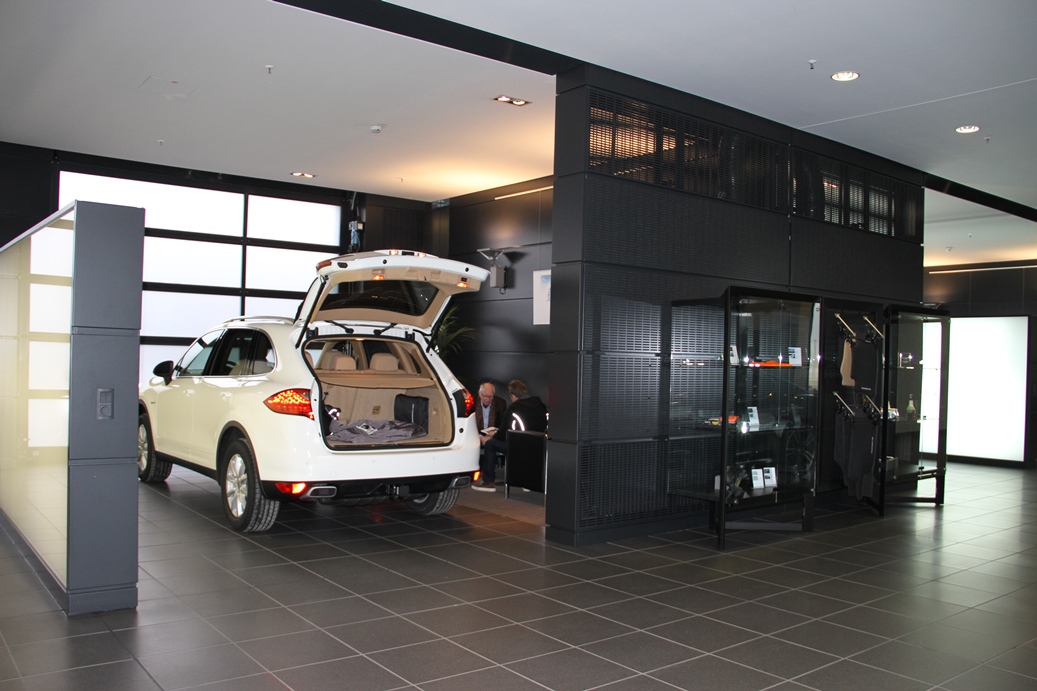 Once we all admired the car's appearance and bells and whistles,  the Wengers, father and son, both engineers,  had to check the engine and the technology that went into the engine. 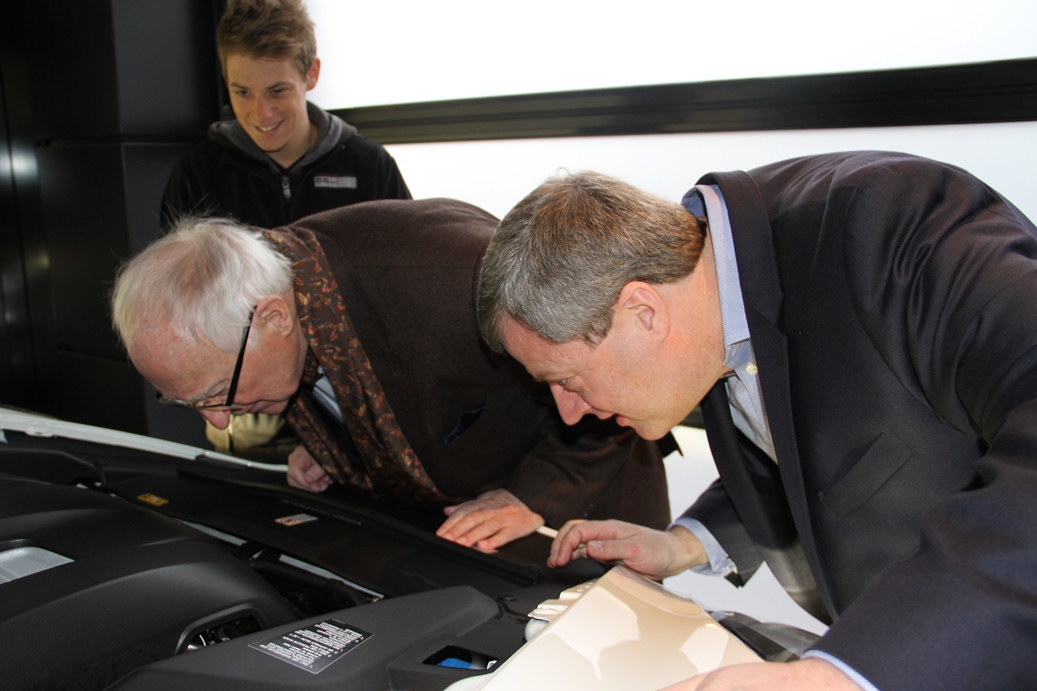 Porsche also treated us to a lunch in the tower with the executives and finally we took our car and drove back to Freiburg. Only to be dropped off again, after our vacation, for its voyage to San Francisco. 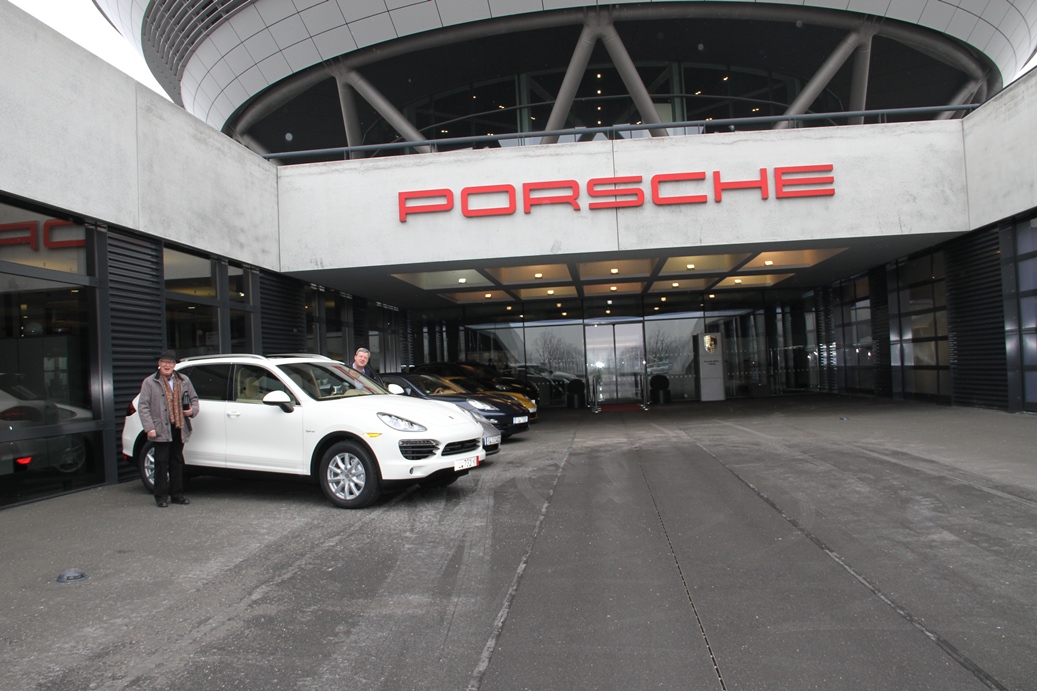