Another year, another trip :

On day one up to Kleine Scheidegg.  The train ride was crowded to say the least.  We had to fight our way as if we were in a commuter train in a third world country.  With a lot of other tourists used to this pushing and shoving we managed to get in, and I did a little bit of pushiness myself to find a sit for Johanna. 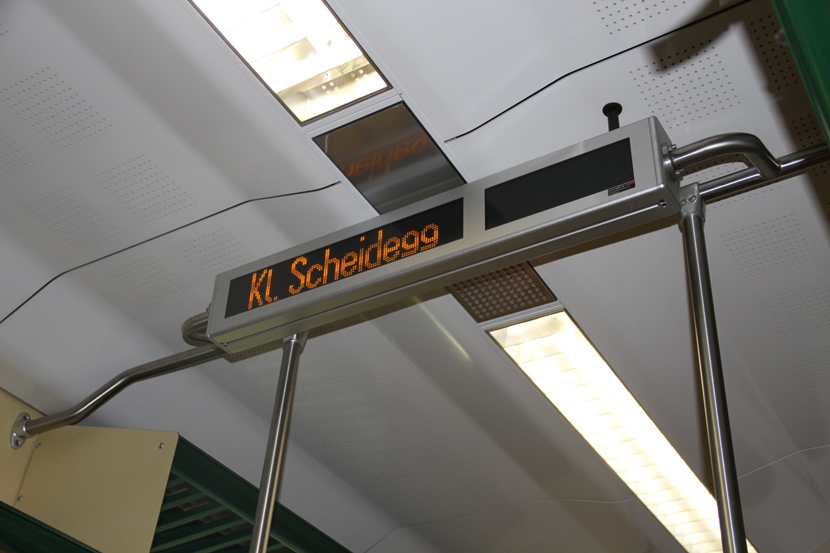 The train ride is a visual heaven.  The sights one cannot get enough of and remember forever. 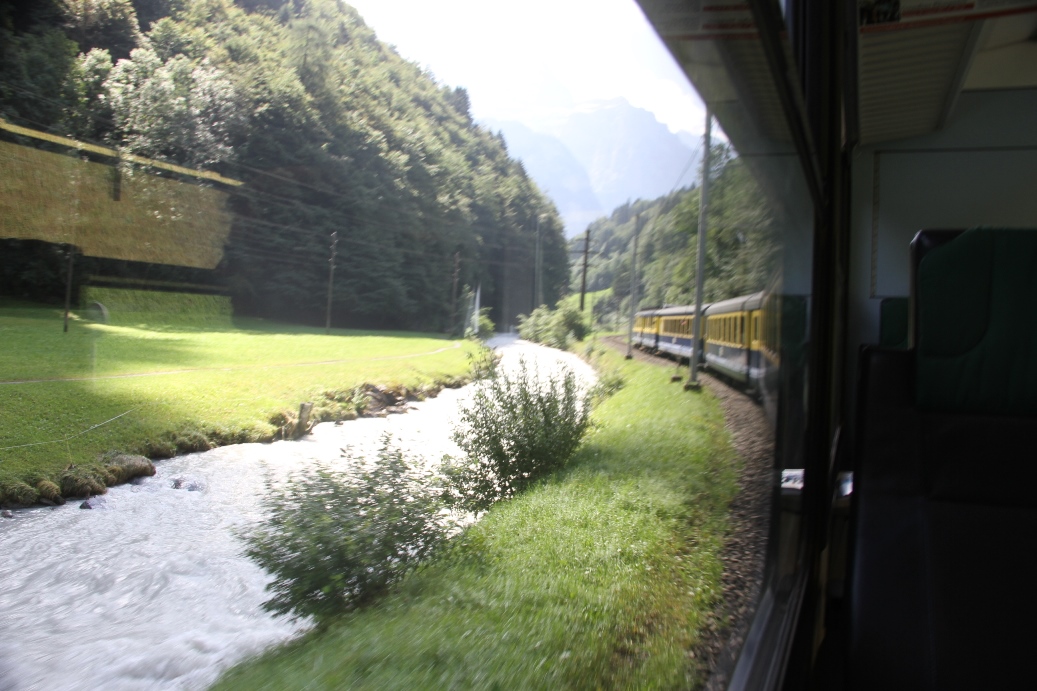 The train makes a quick stop at Wengen 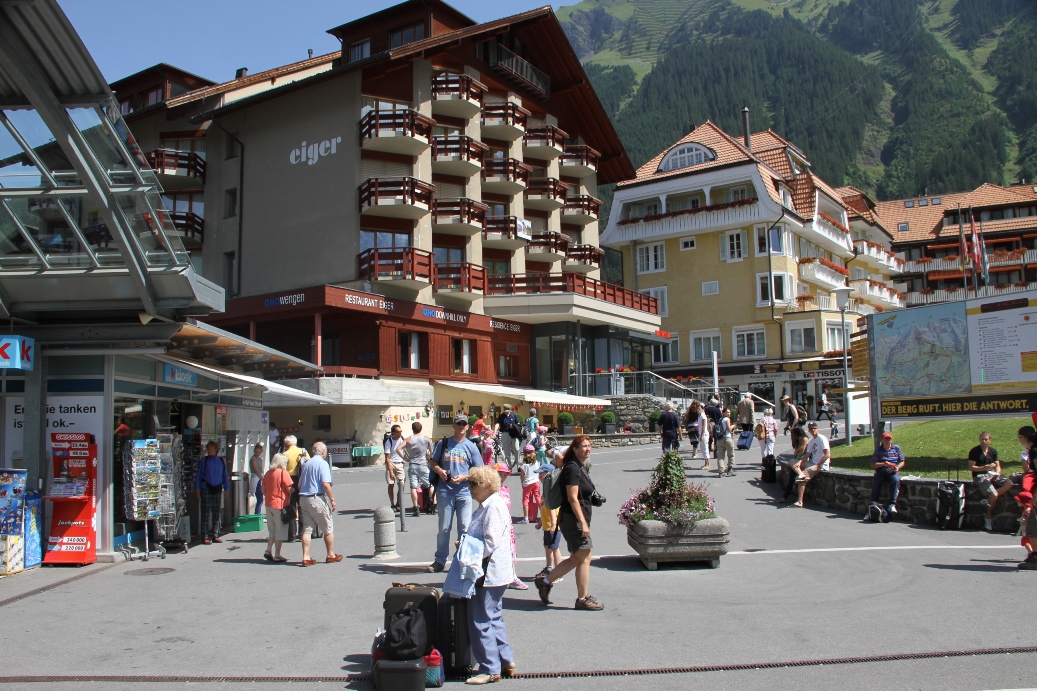 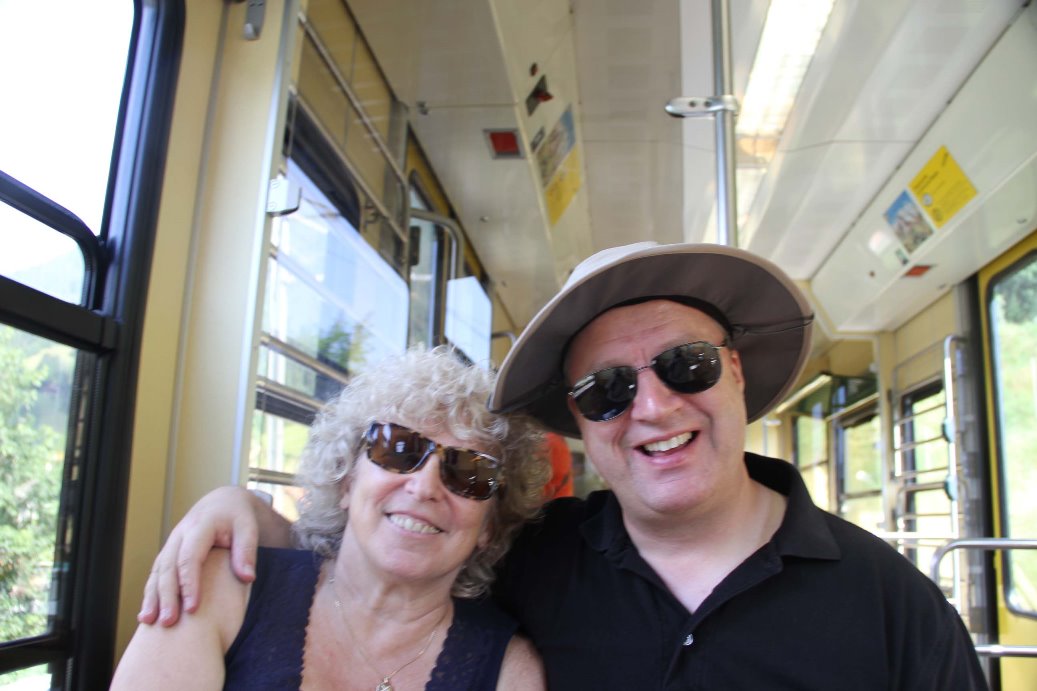 Oh my!  Single track and two trains approaching each other?!?!  NO problem.  This is Switzerland! 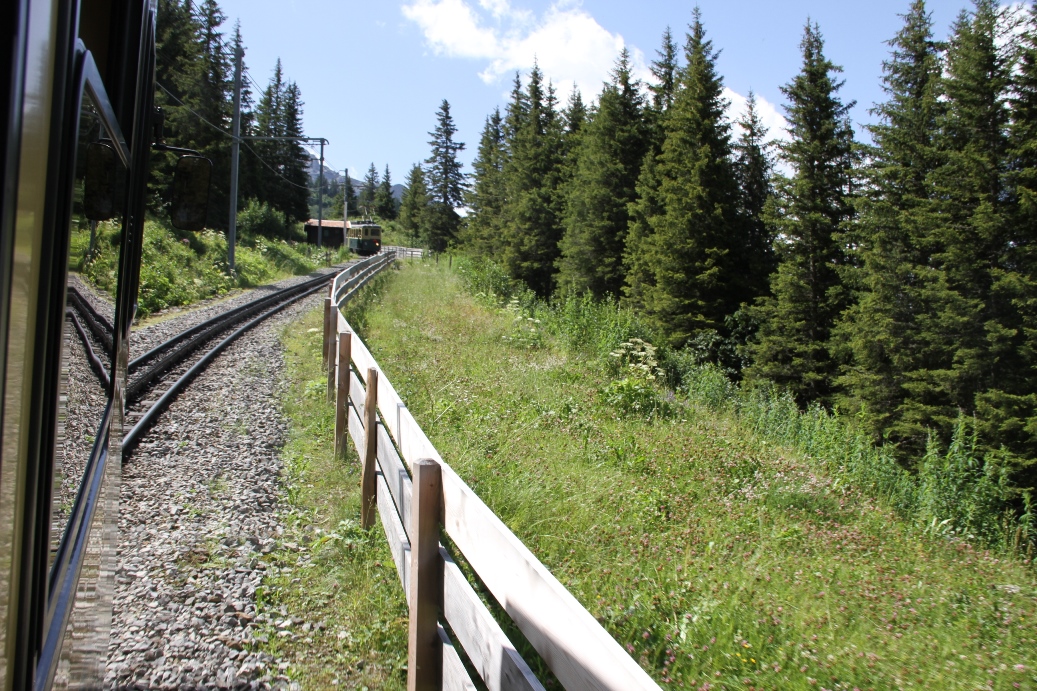 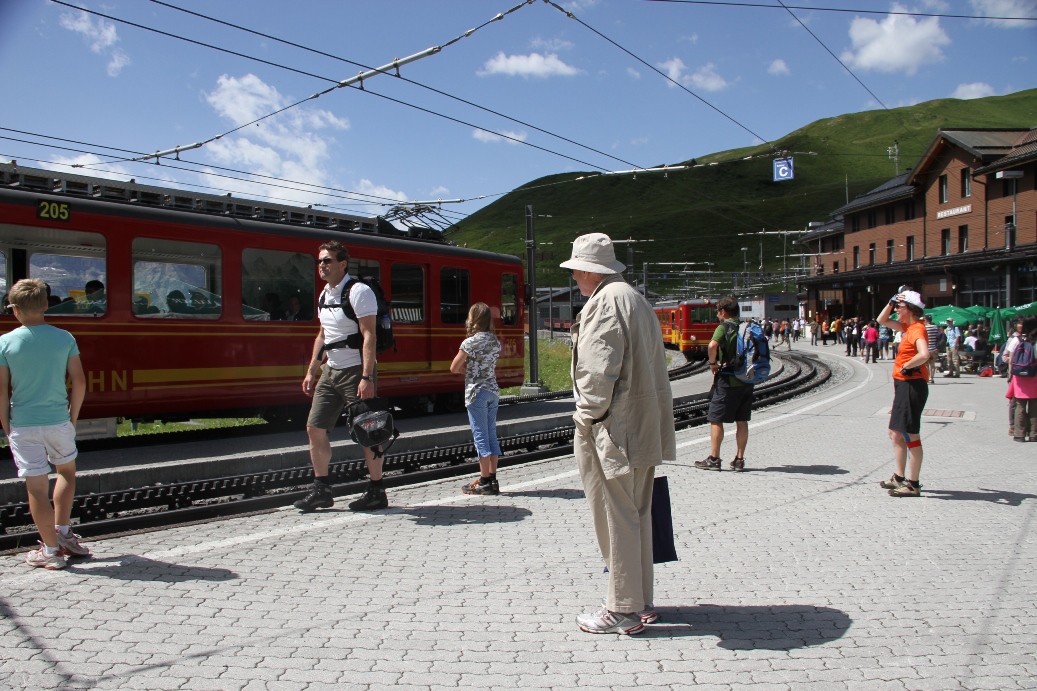 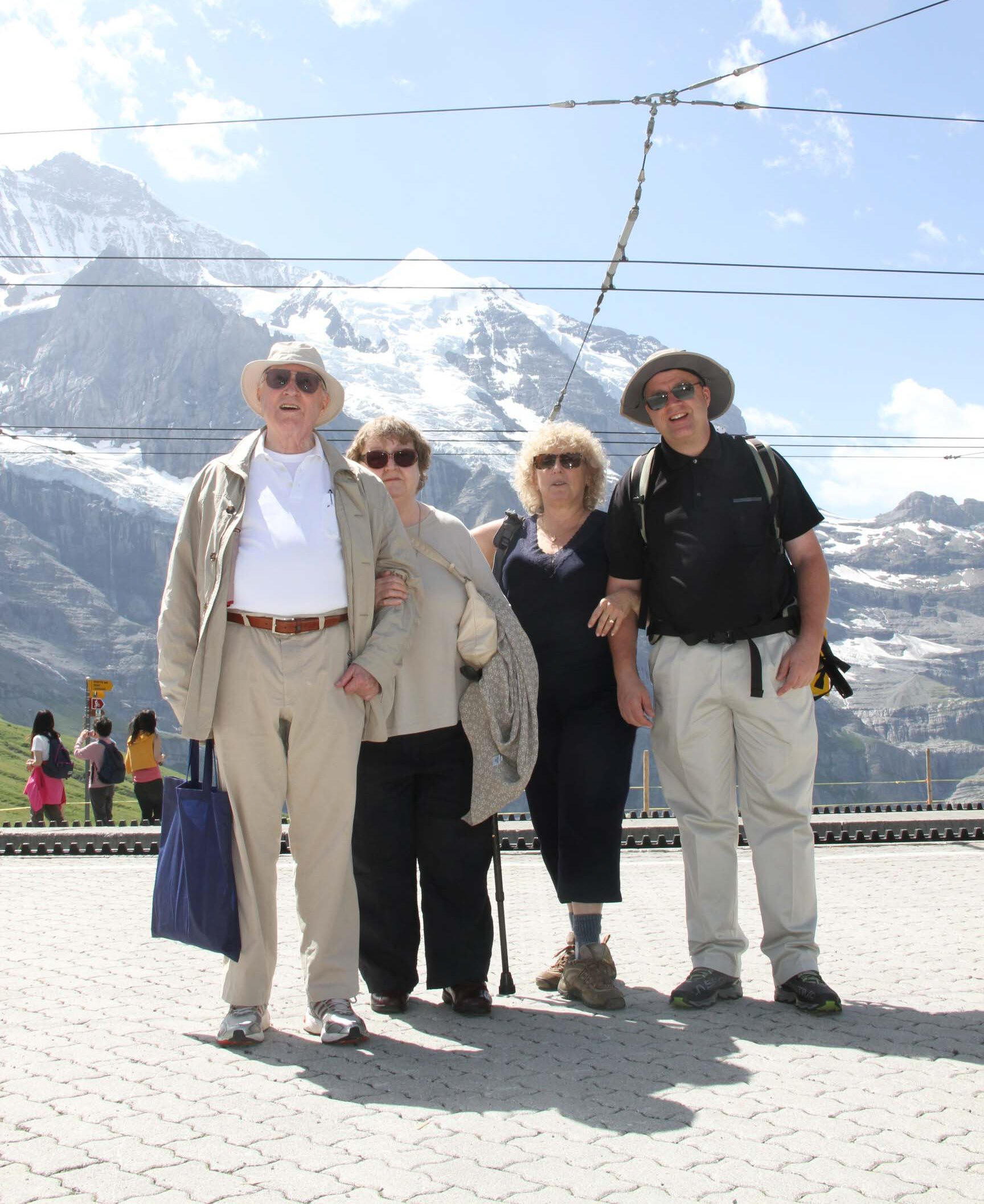 We then had lunch at the wonderful Restaurant Eiger Nordwand. A short walk from the train station, it is considered to be the best restaurant in Kl. Scheidegg.  It would have been OK if it were only the drop-dead view but the food is also very good. 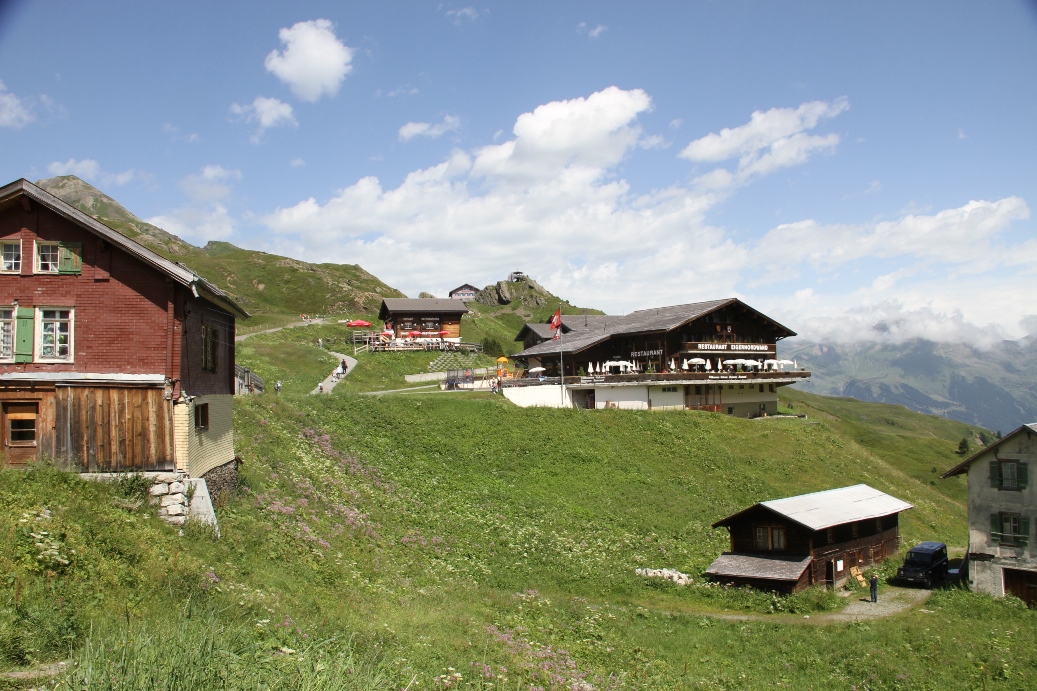 After lunch while Johanna enjoyed the view and some coffee we took a little hike to Rinderhütte at 2137m. 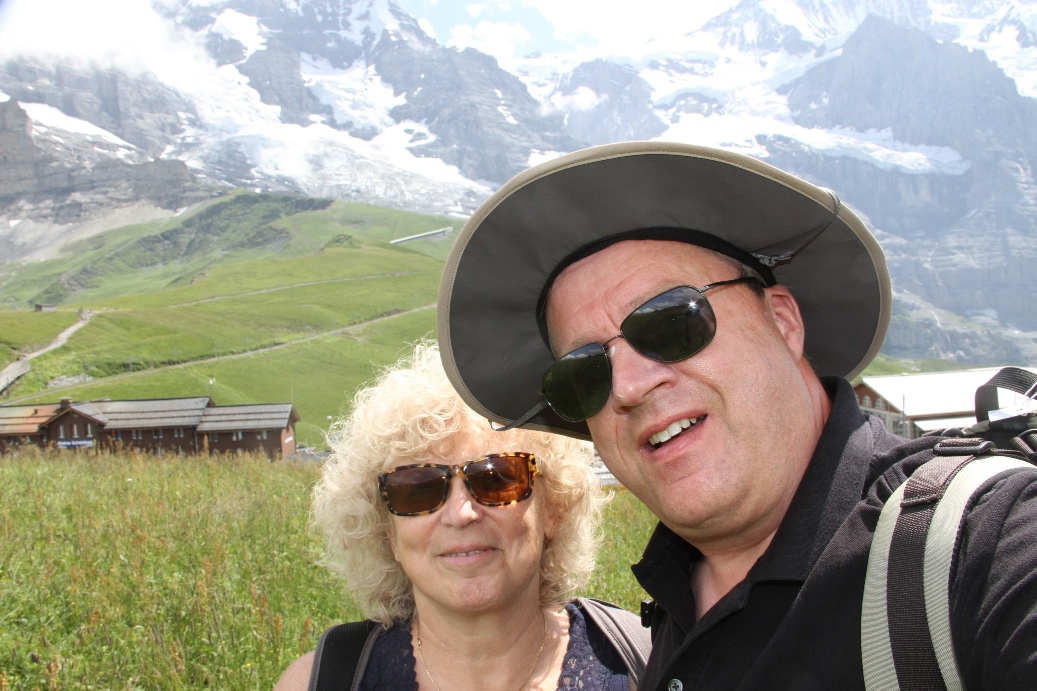 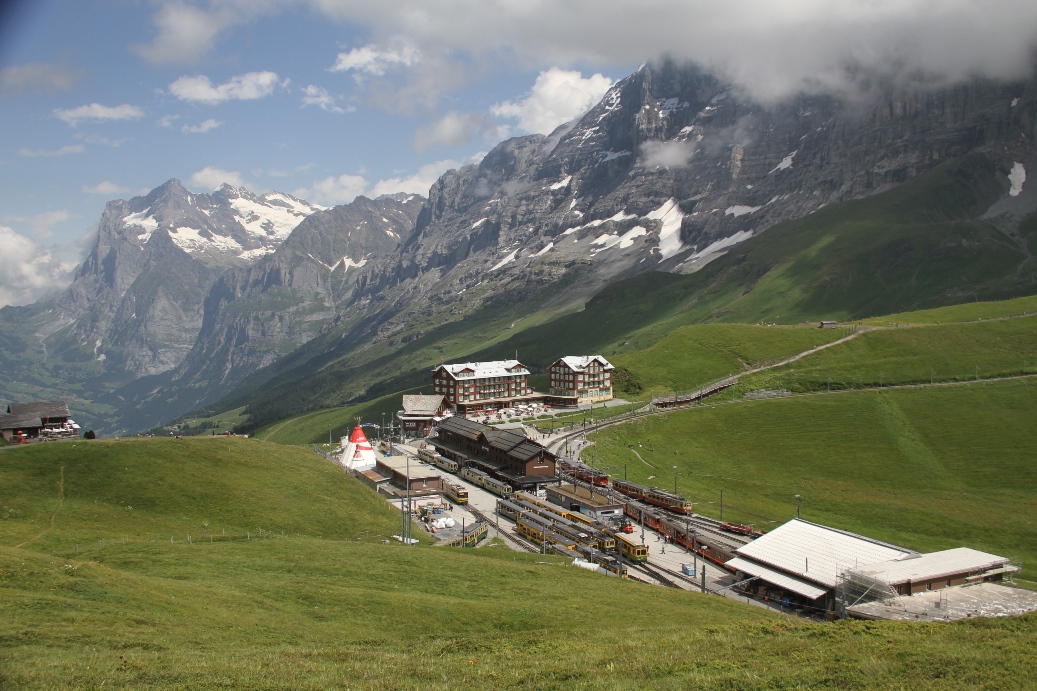 A little stop at Rinderhütte.  While we were sitting on the bench the cows came to check on the intruders.  I immediately jumped up to take some pictures.  Here, father and son close and personal with Swiss cows. 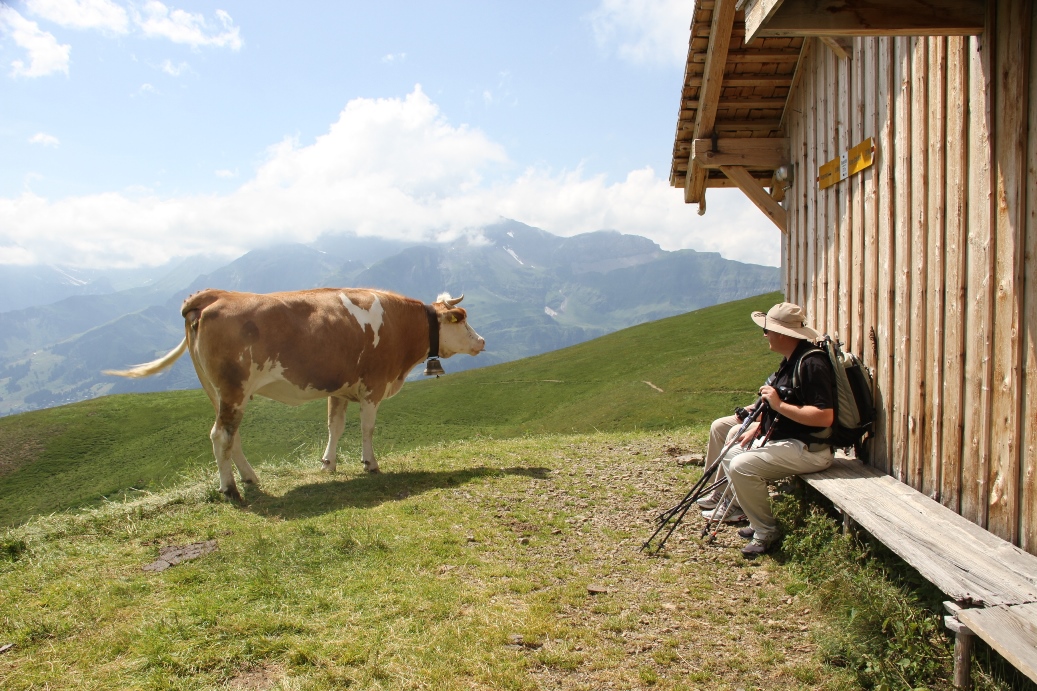 A week later, while Johanna and Heiner started to drive back we stayed behind one more day and went up on Jungfrau. 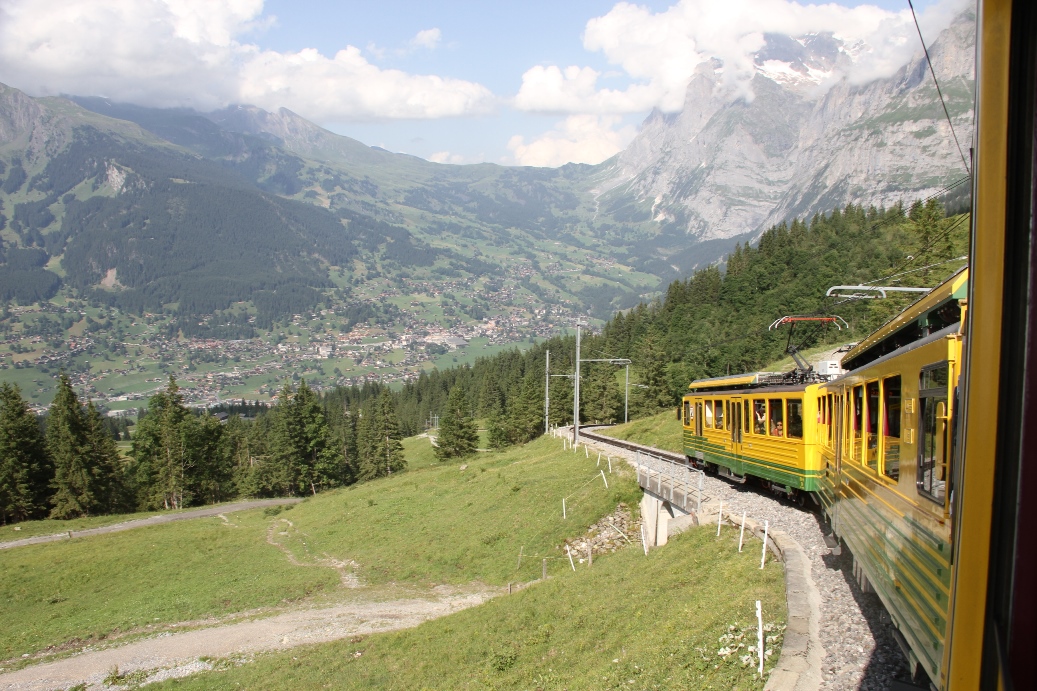 Here is the Jungfraujoh train station.  Nestled between the peaks of Mönch and Jungrau At 3,454 m. it is the highest railway station in Europe.  it is connected to the Top of Europe building which can be reached by tunnels and elevators. 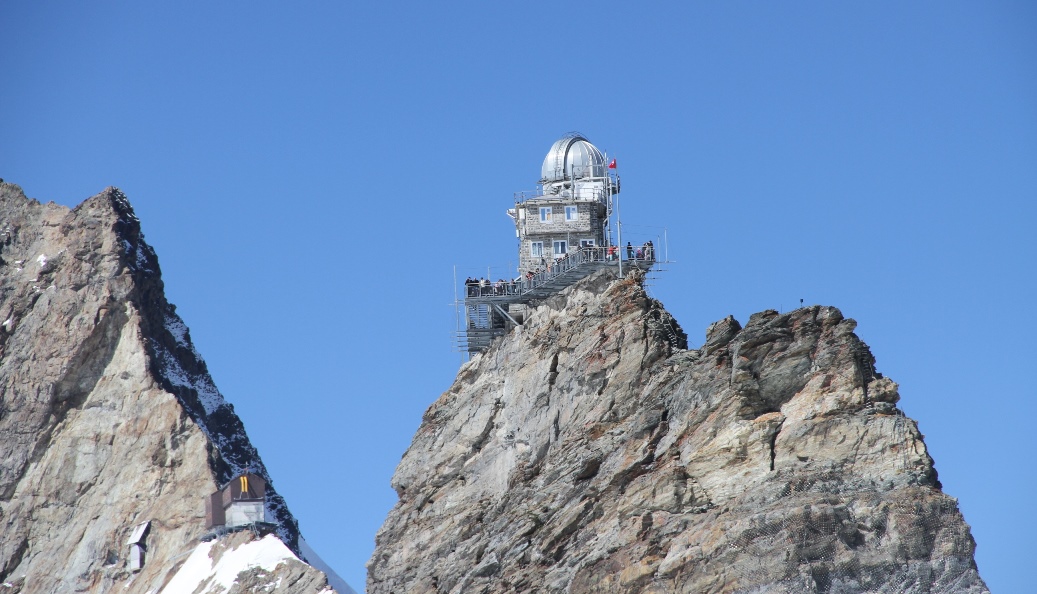 We decided to hike up to Mönchsjochhütte.  Walking on snow we reached the hut and had lunch there.  It was a beautiful day and the hike was much fun. 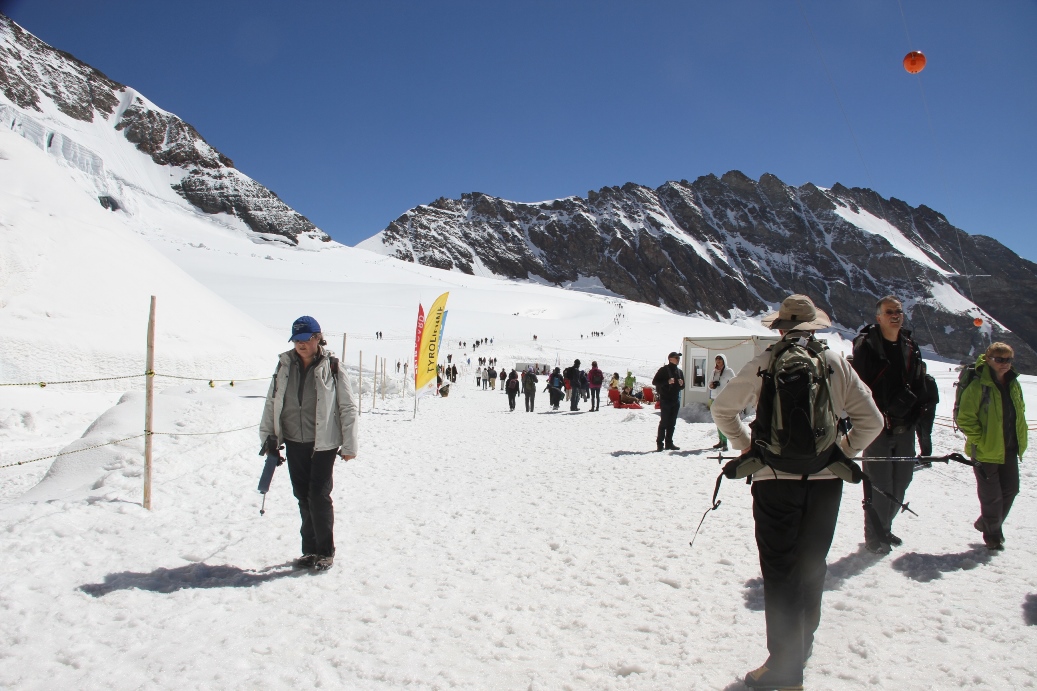 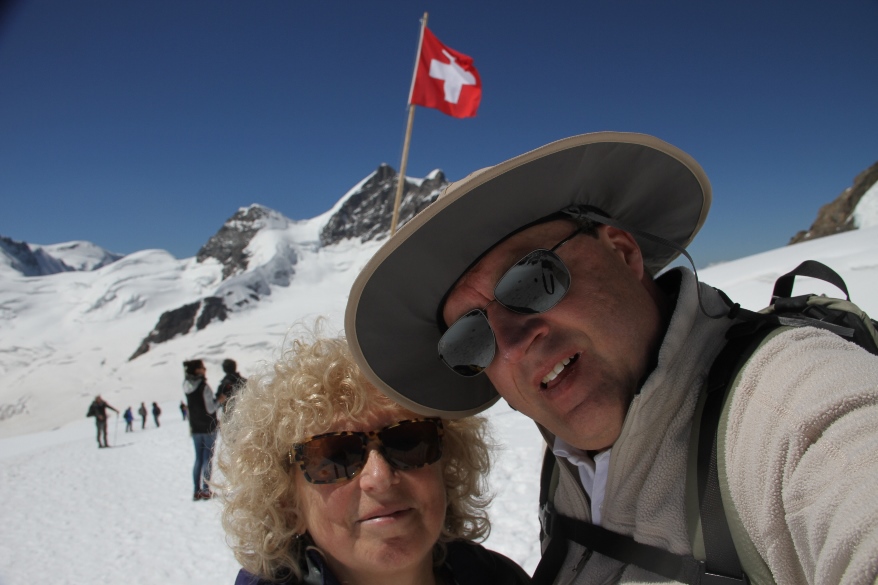 The Mönchsjochhütte is not a beauty but obviously very practical for mountaineers to take refuge in when needed. 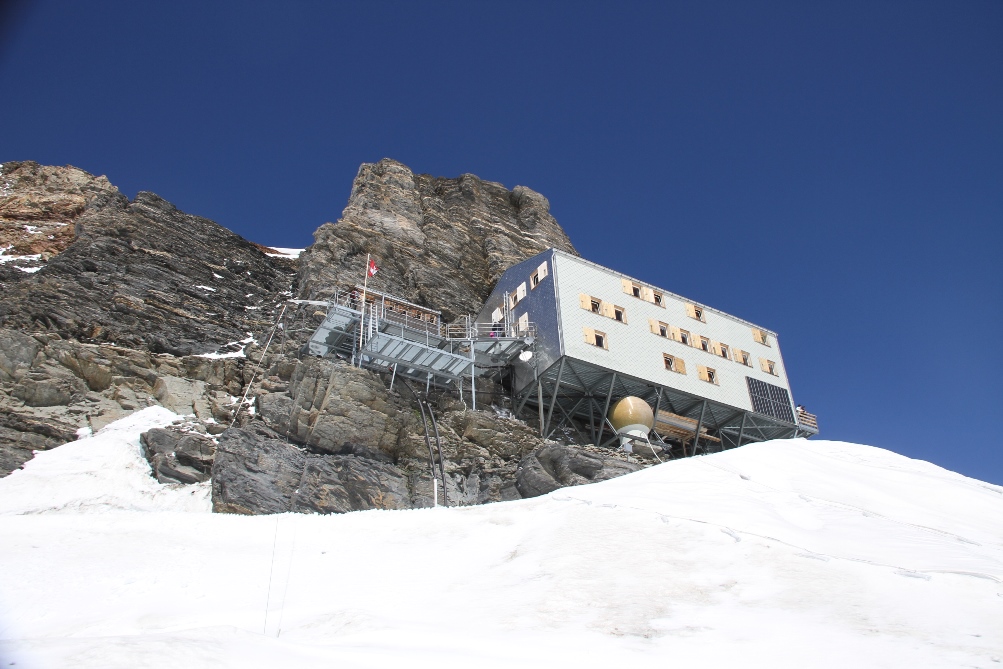 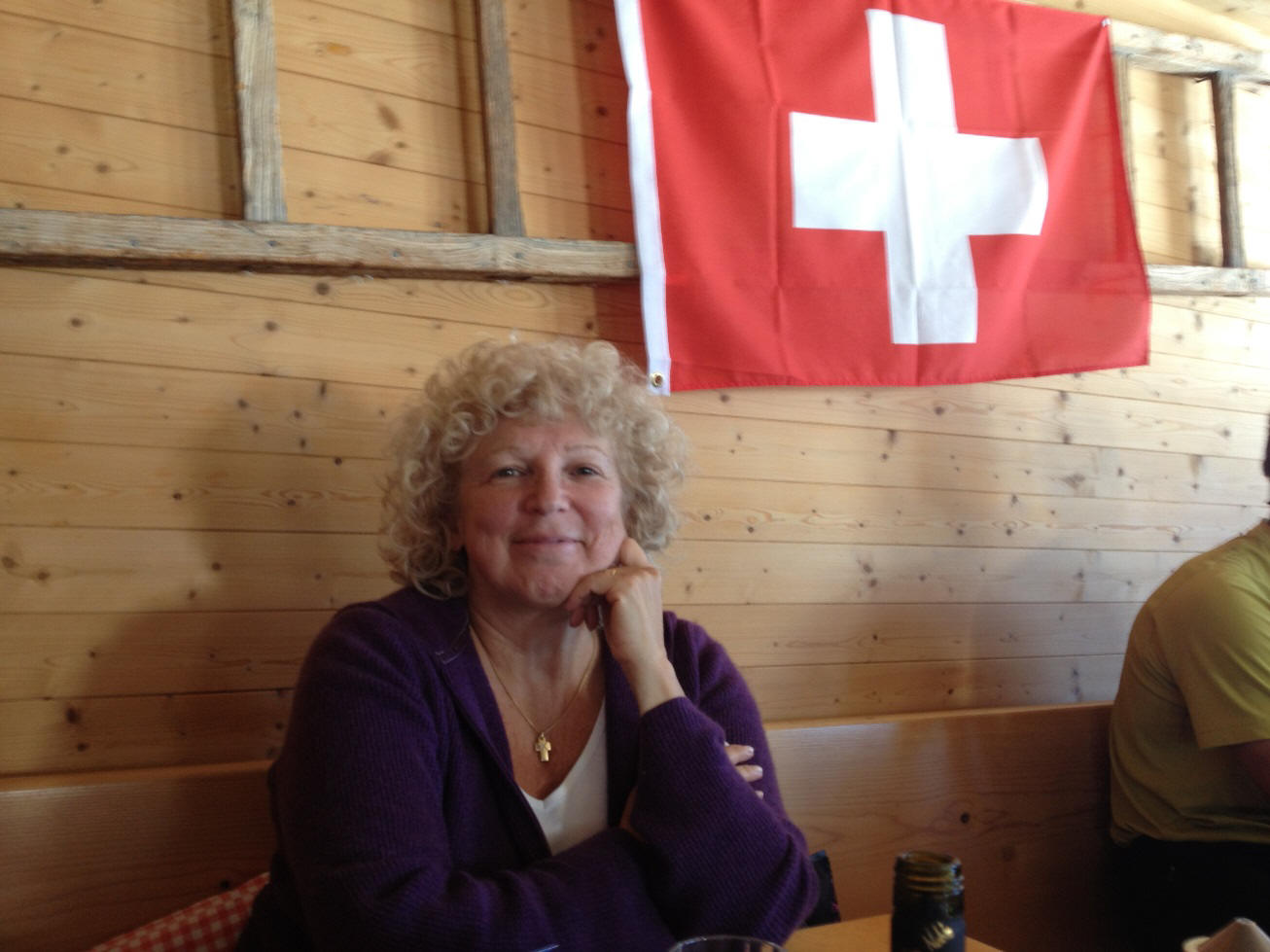 Back to :   Switzerland    Interlaken    Europe