At the end of the cable car from Valais 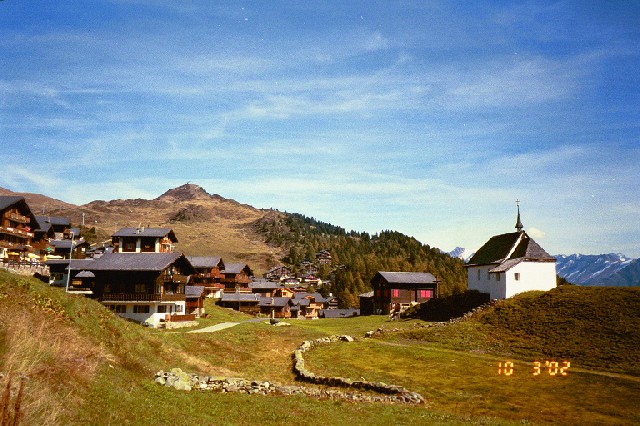 Trail to the glacier. Altitude here is about 2800m      The wall [right] protects hikers from falling rocks. 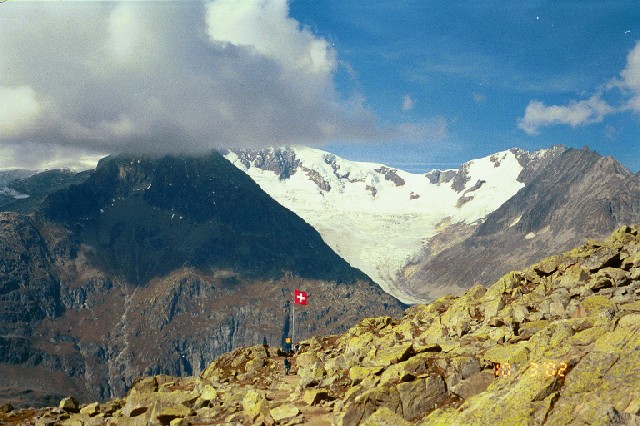 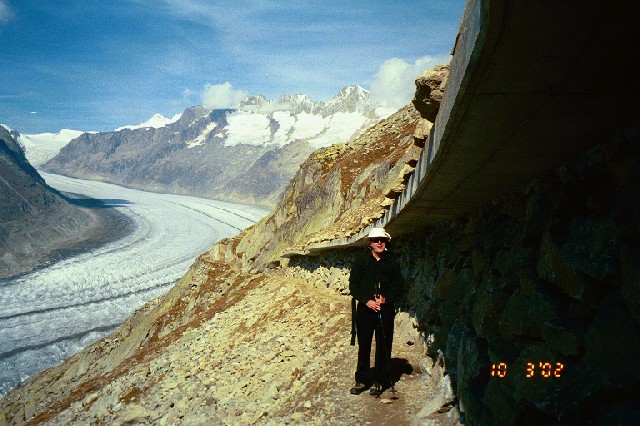 Asli being brave [left]  About half way down [right] 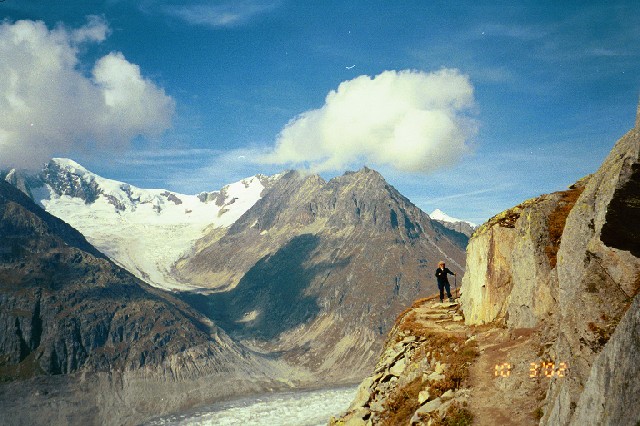 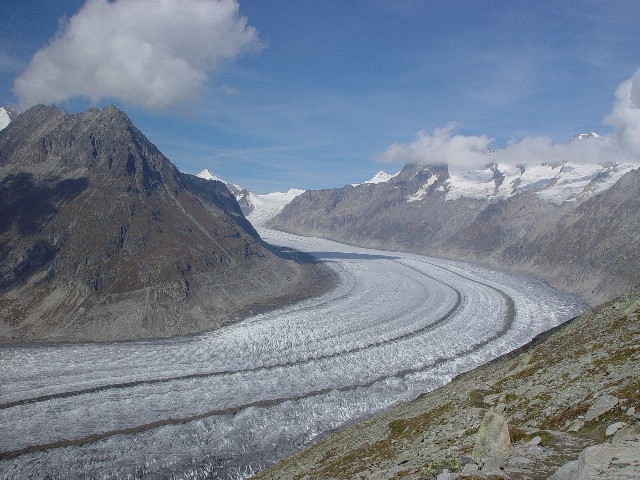 Aletschhorn  -- The highest mountain of the area, and one of the most difficult ones to climb. Stephan has done it twice! 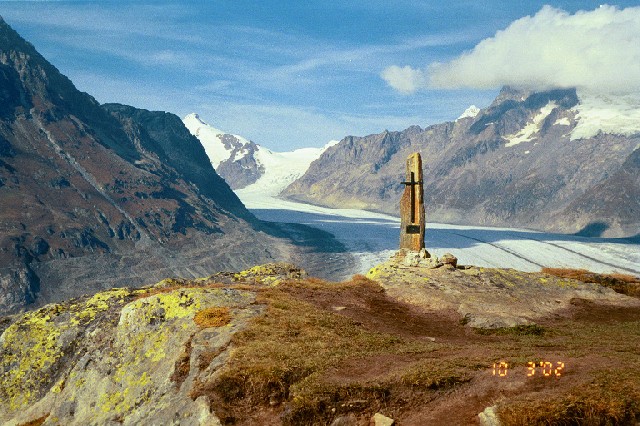 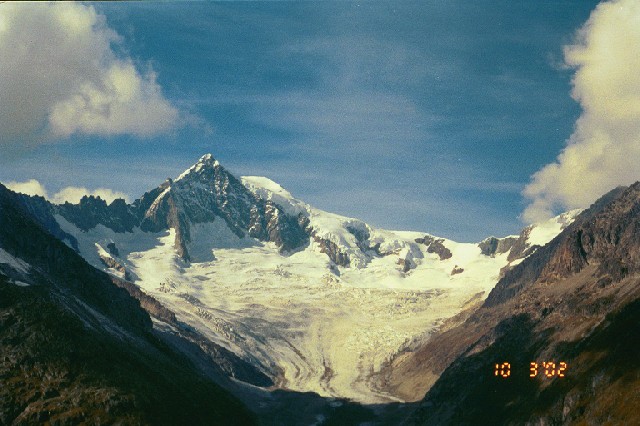 11 years later our 'Wenger Family Vacation' included Aletschgletscher.  Johanna wanted to see the Concordiaplatz before it all melted away and needless to say, so did we.

From our hotel in Interlaken we drove to Kandersteg and took the train to Goppenstein. 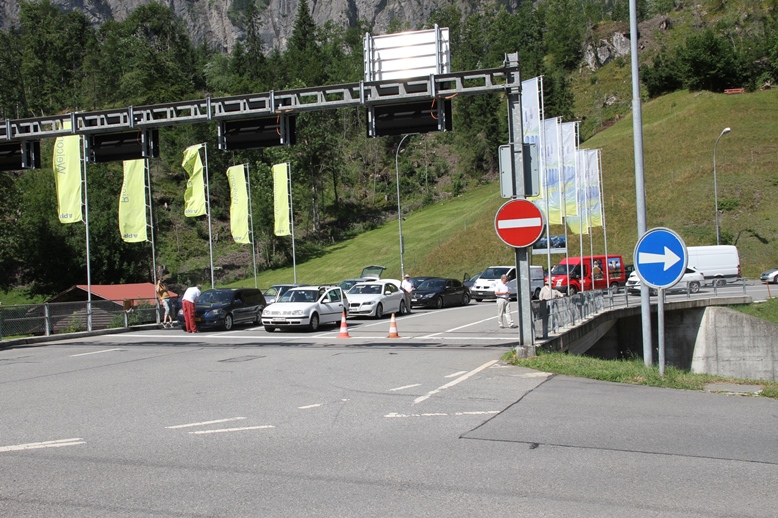 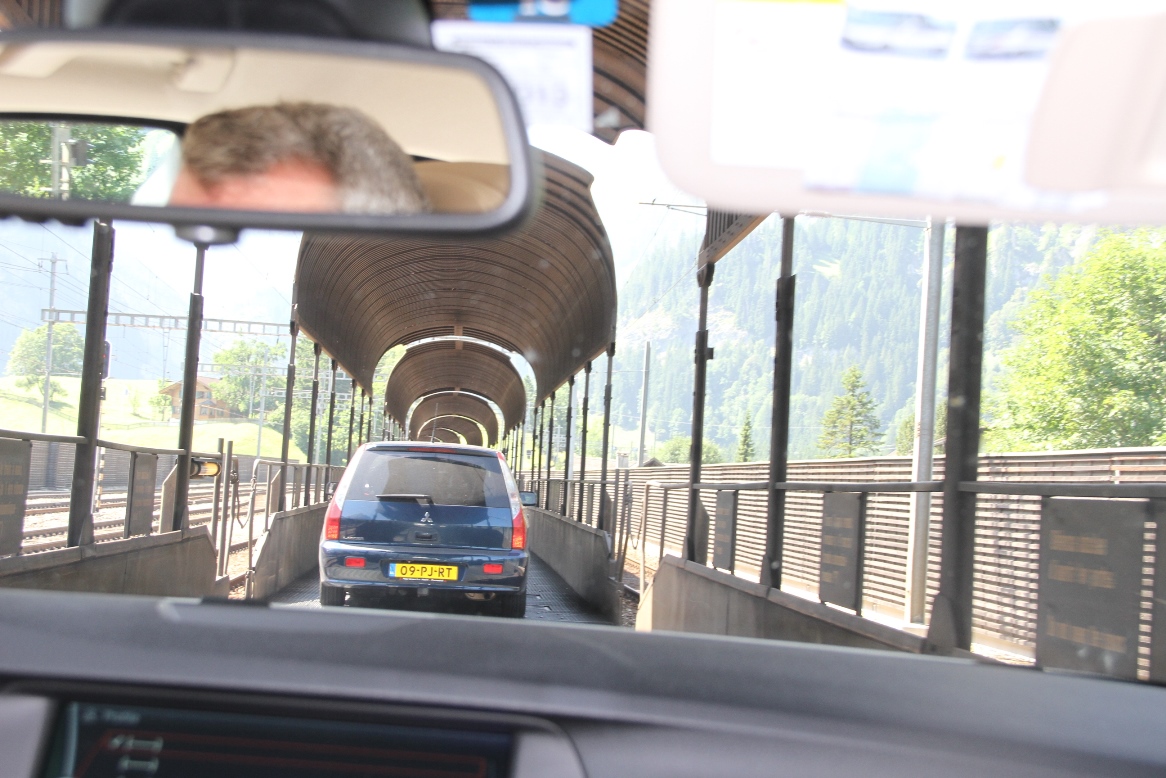 Then took the Eggishorn cable car up to the top at 2870 m. 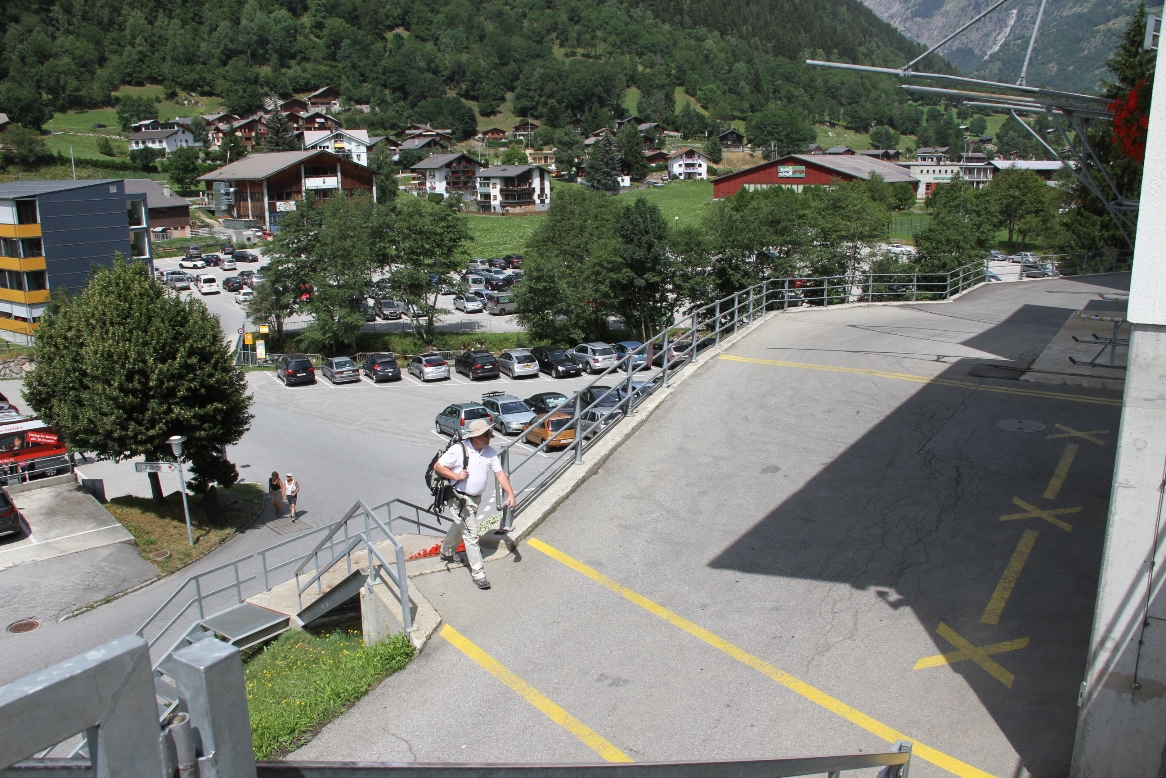 The weather at the top was quite different from what we left in the valley. 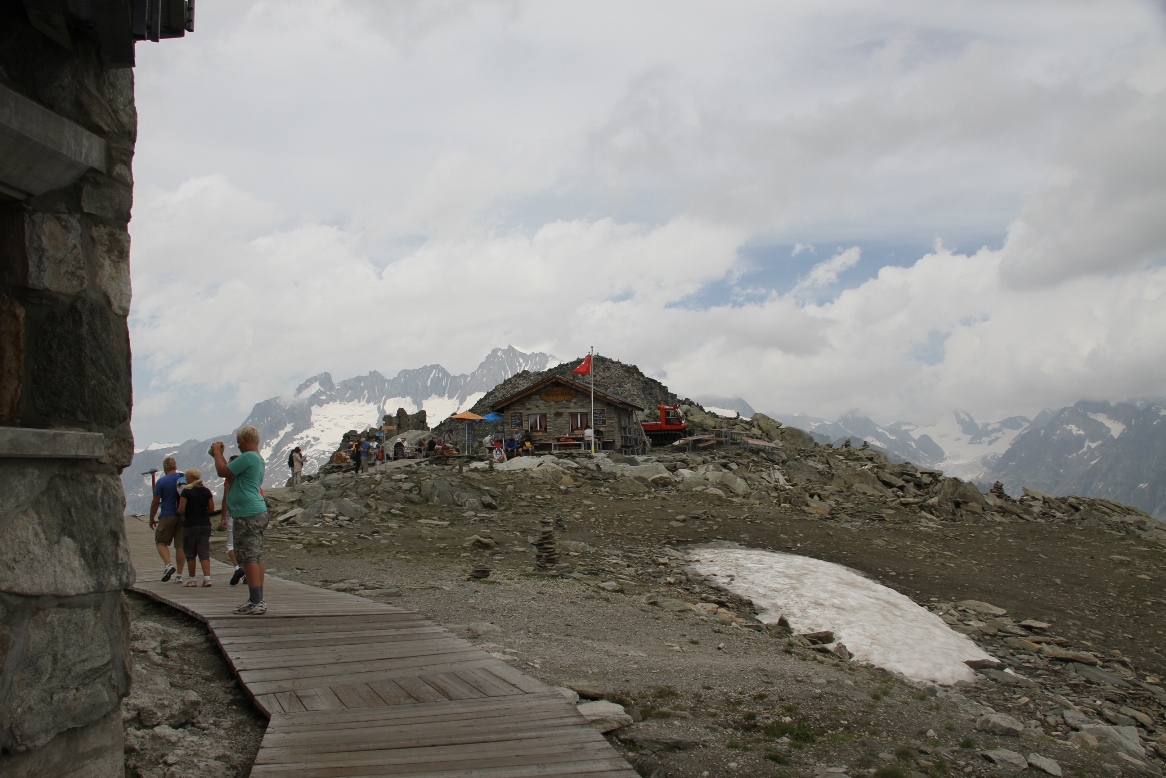 We had lunch at Horli Hitta 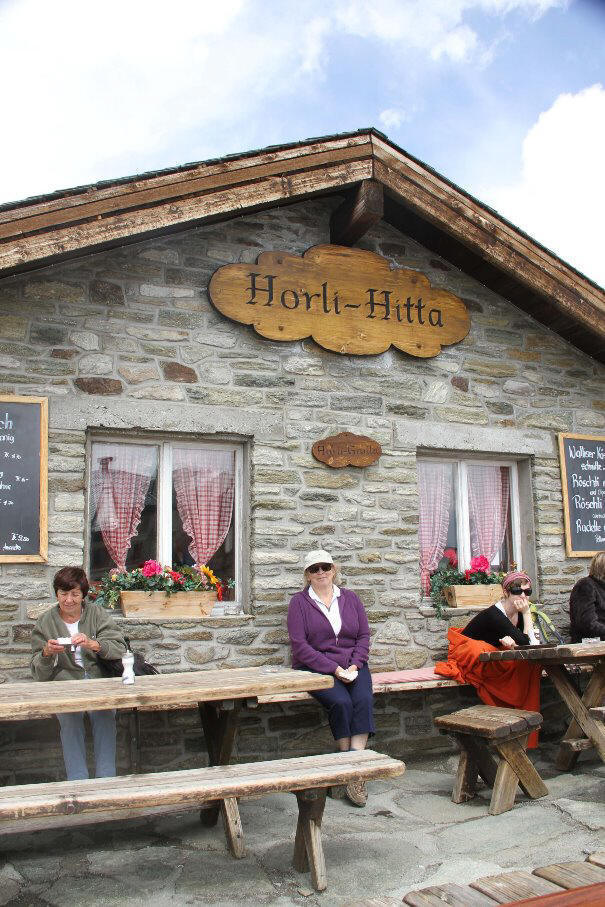 We then admired the Aletschgletscher and the Concordiaplatz. 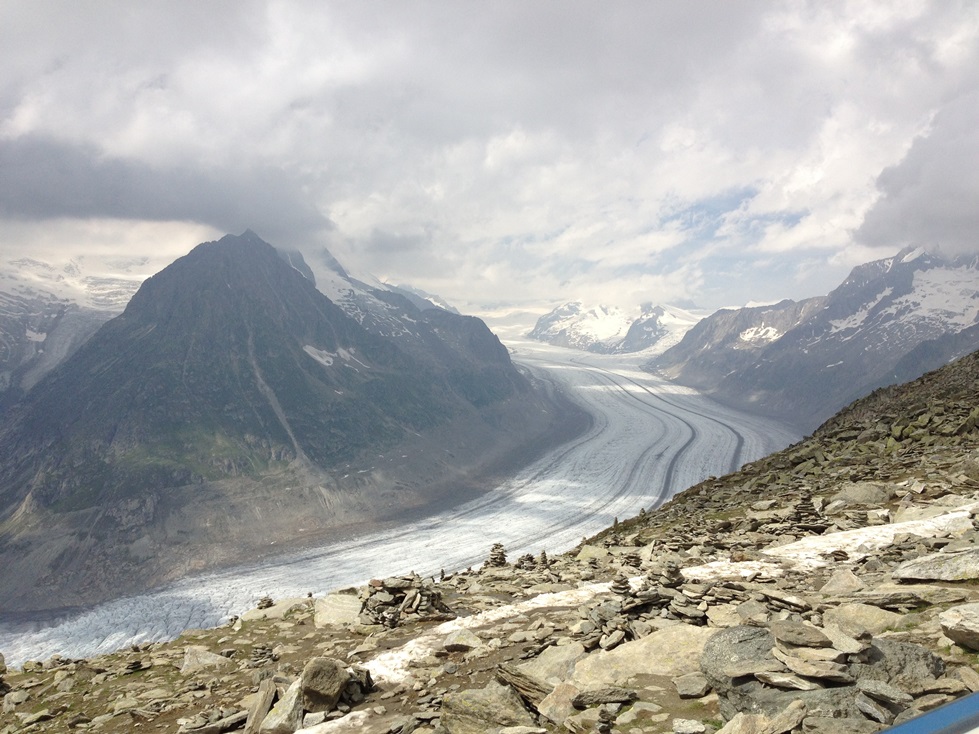 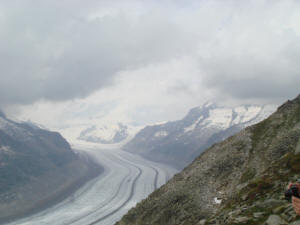 Did the obligatory memory pictures 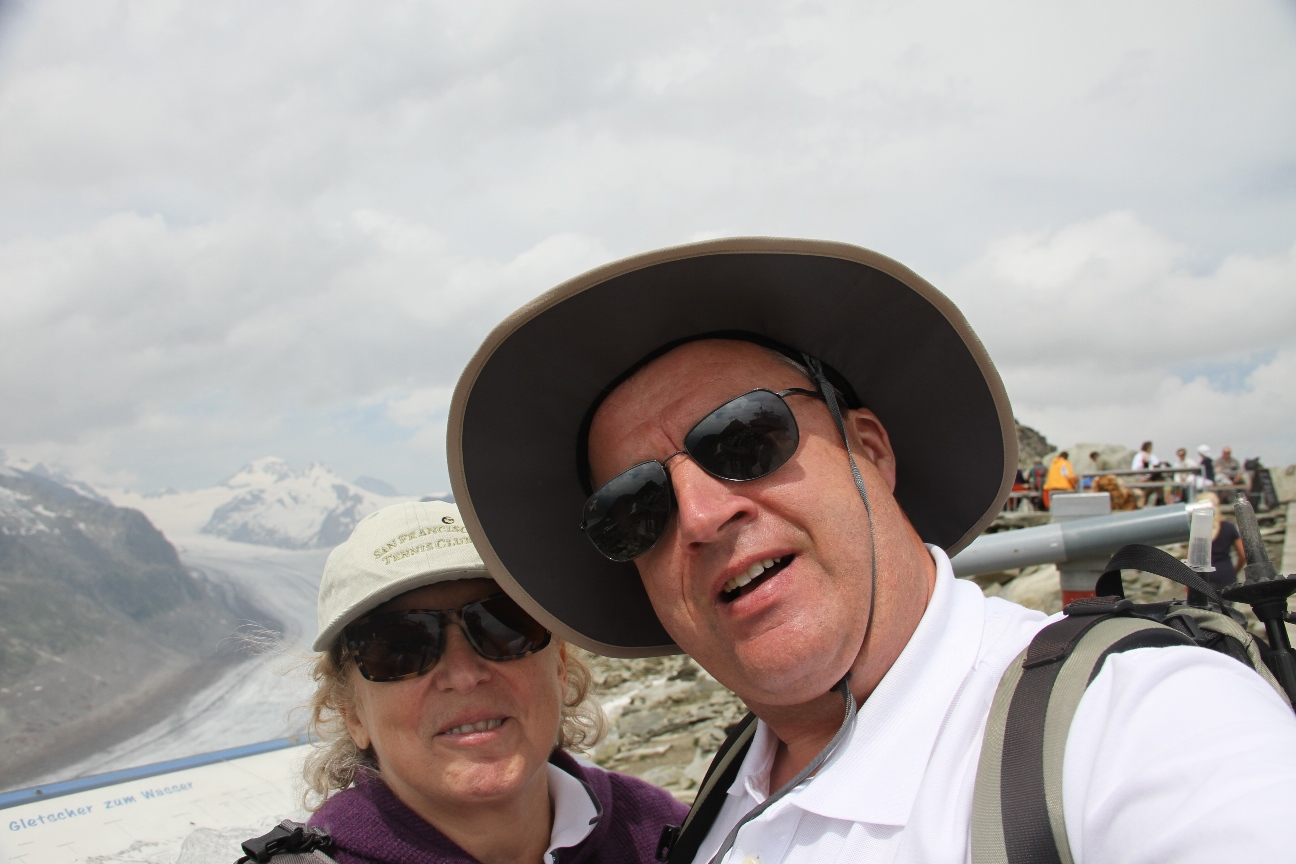 After that while Heiner and I walked around and did a little hike Stephan went all the way to the top. 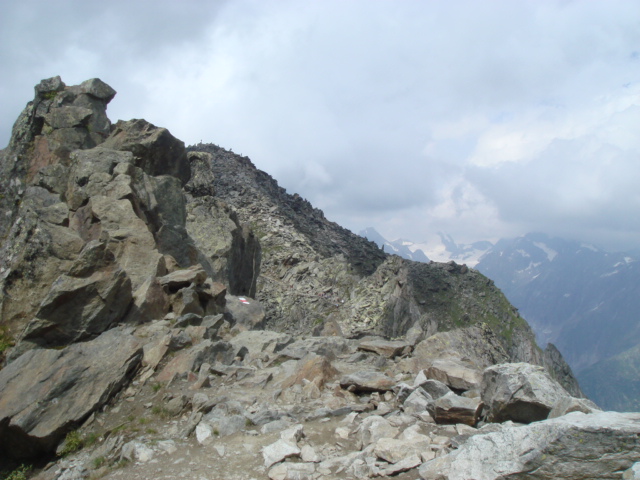 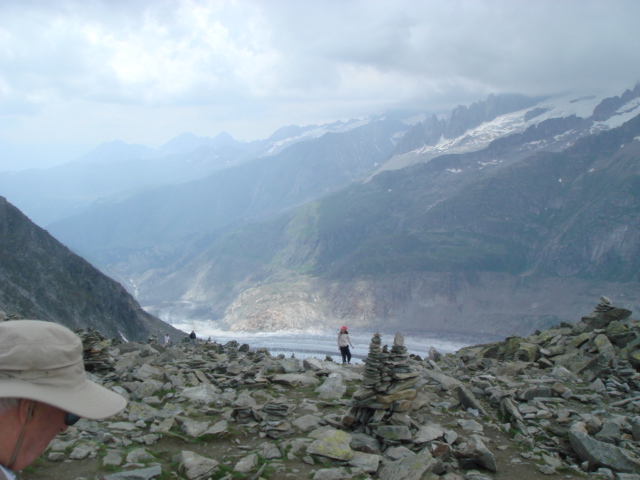 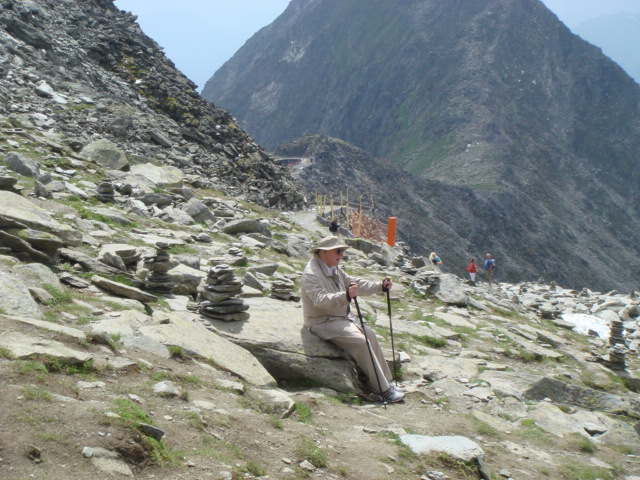 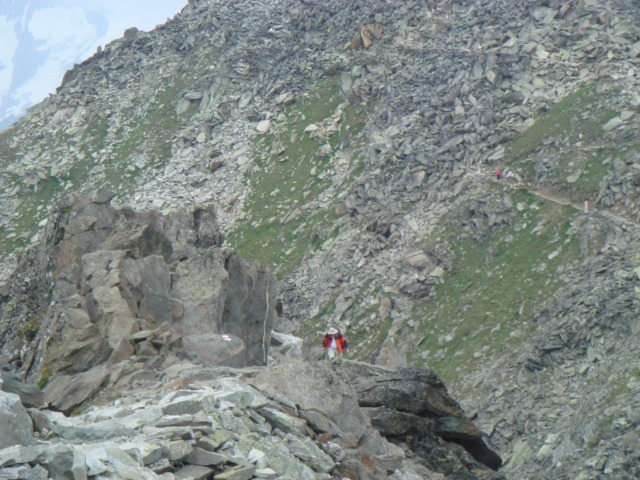 ... and then we took the cable car down to our car and drove back to Interlaken via Grimselpass. 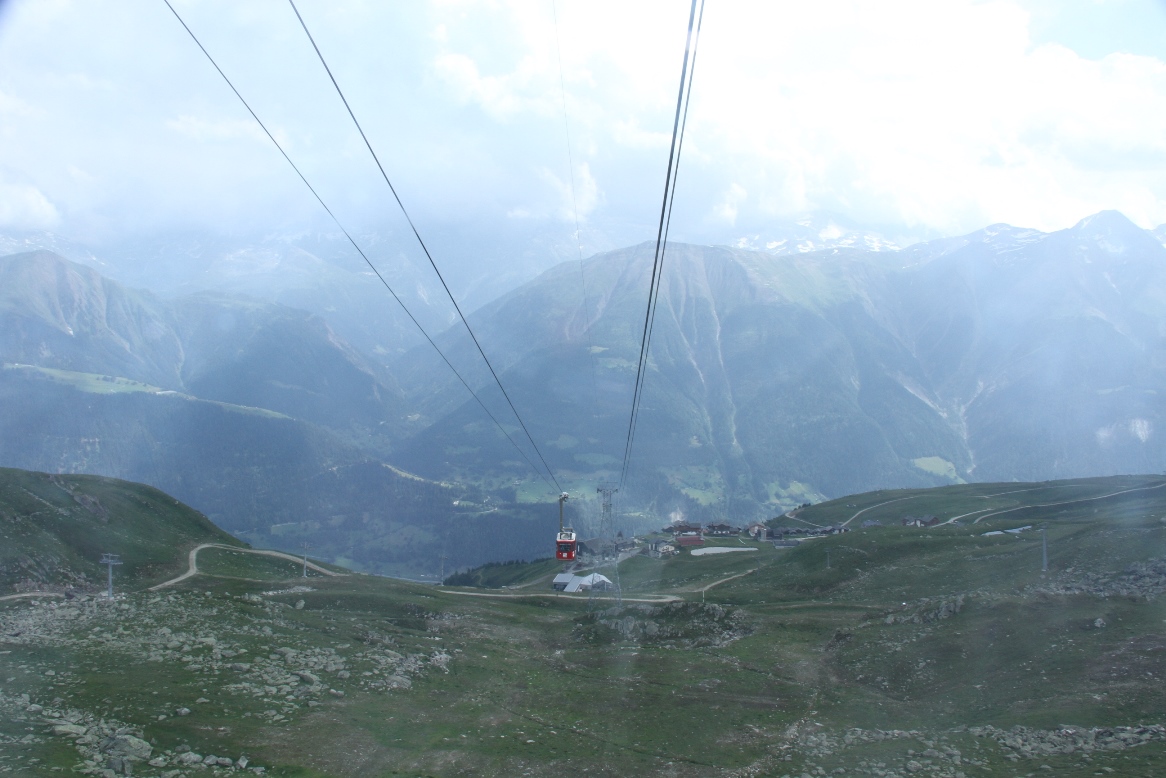 Back to :  Switzerland,  Interlaken, Europe